One Of “Those” Days And A Protest

It turned out to be one of “Those” days.

As I was wandering to Photo Warehouse to get some more film I came across this protest against Burma’s treatment of the Kachin and other minorities, not in itself a bad thing, however I only had 3 shots left.

After finishing these 3 shots I continued on, missing at least 1 more shot since I didn’t have any film, and bought another couple of rolls.

While loading the first roll I managed to reload the roll which I had just taken out, which jammed in the camera and had to be taken out in a dark-box.

Later in the day while I was developing that roll I noticed that it had suffered a couple of creases from being reloaded which I have very badly burned in using Photoshop. 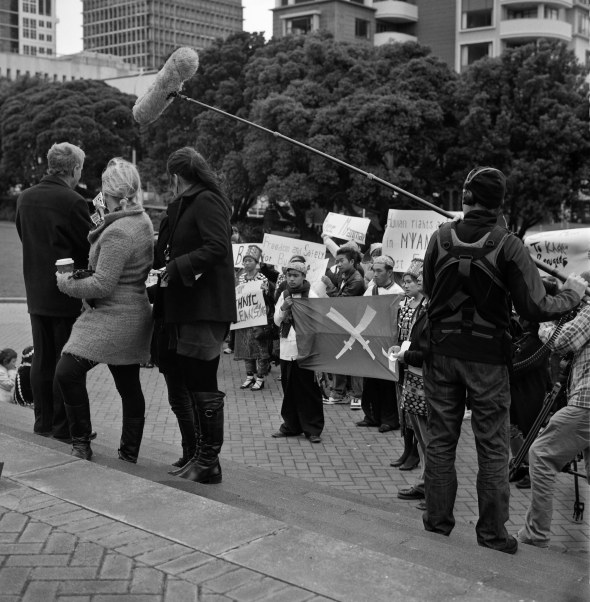 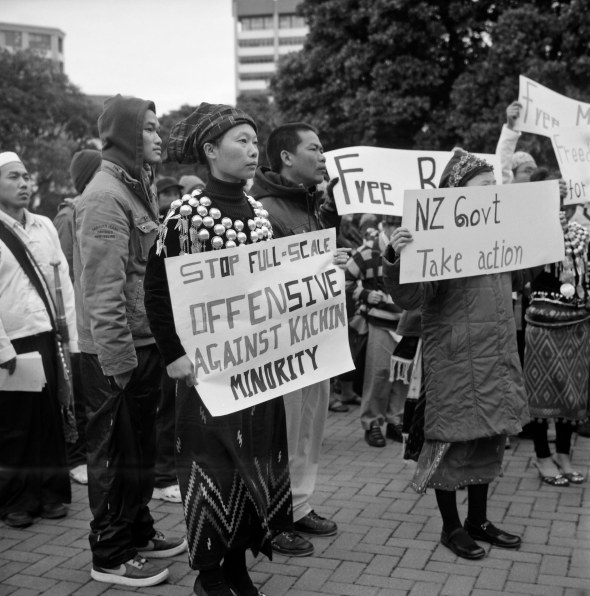 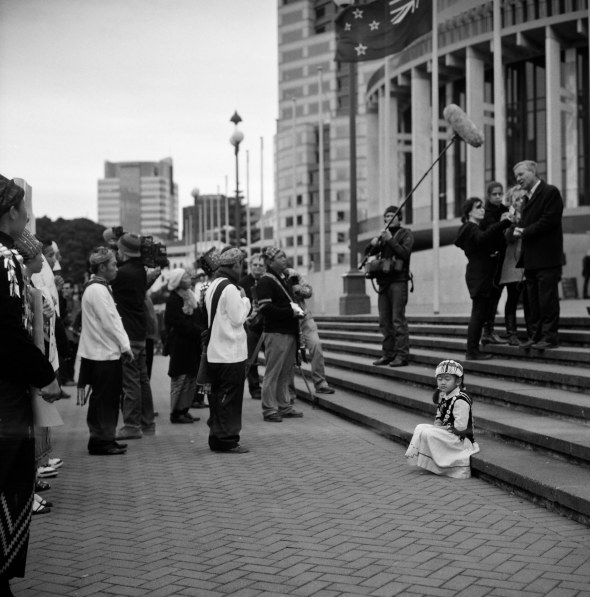 This entry was posted on 09/08/2011 by darkhalide. It was filed under Blog, Rolleiflex and was tagged with black and white, film, HP5, ilford, New Zealand, photography, protest, Rolleiflex, Simon Burrow, wellington.