This is the second part of the post from yesterday now that I have managed to get some more film developed. 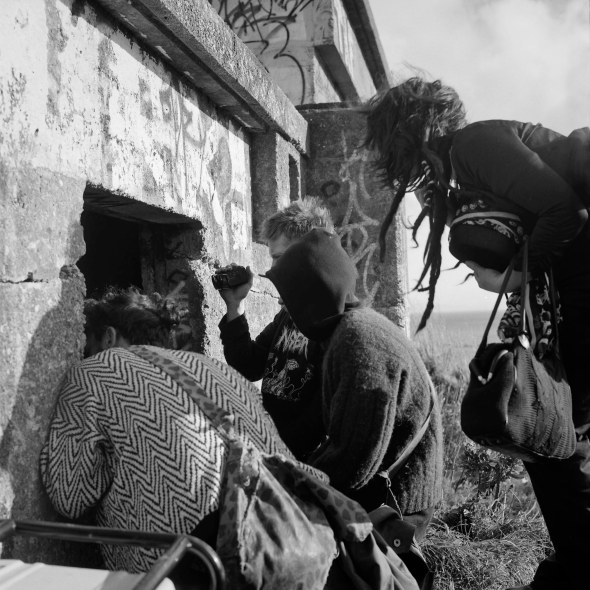 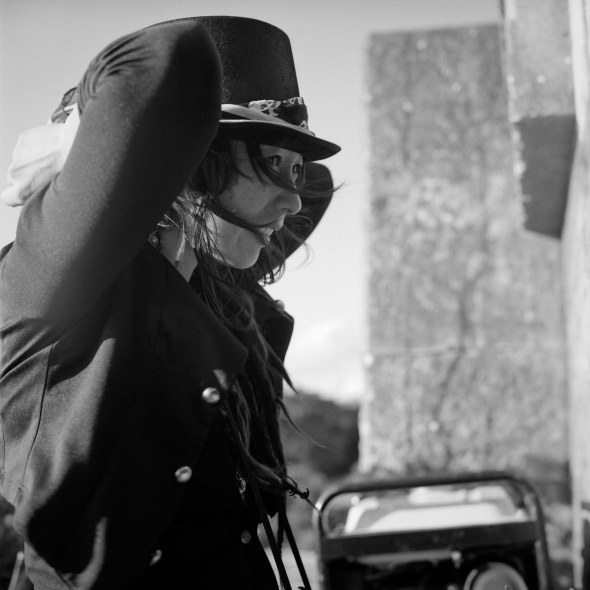 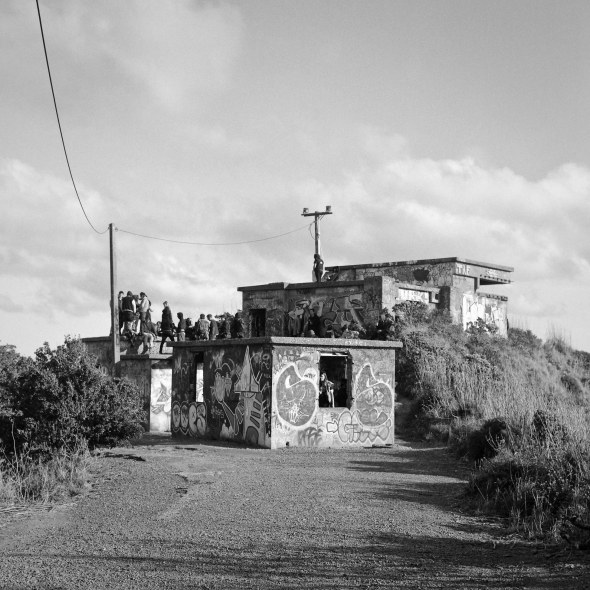 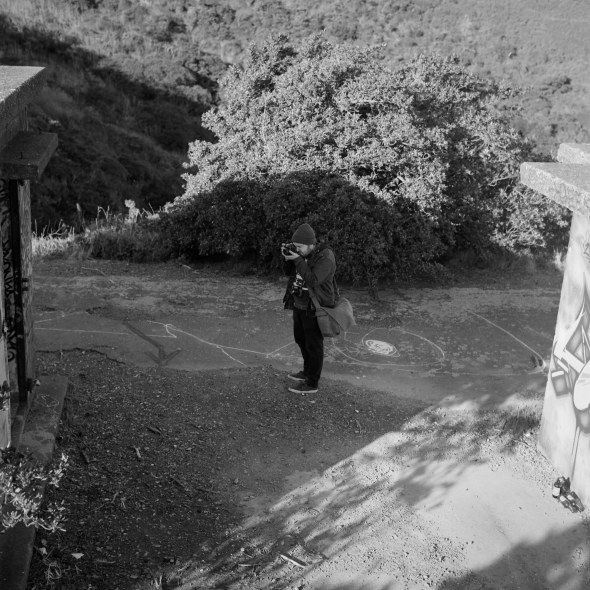 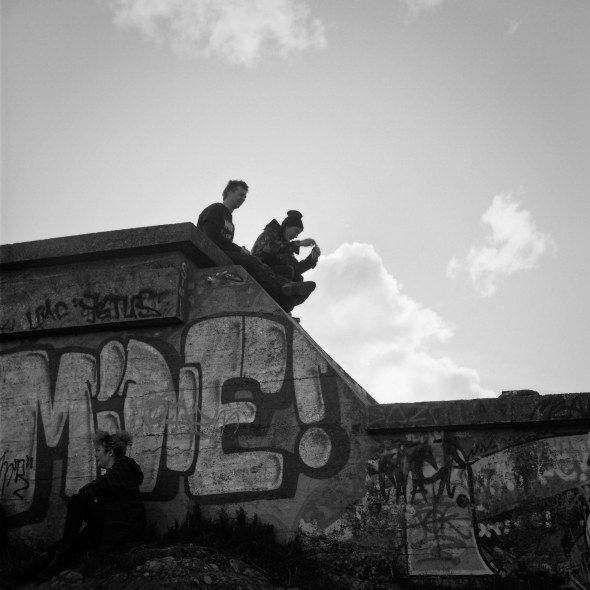 First lot of shots from Take Shelter gig on Saturday.  It was held at the WW2 fortress at Palmers Head which overlooks the airport. I have to say that it was a super sweet location to have a trio of Punk bands.

I got there late and totally missed Johnny and the Felchers as well as the first half of Numbskull.

Check out the bands

And some shots from Alex

this was the only shot I really got of Numbskull. 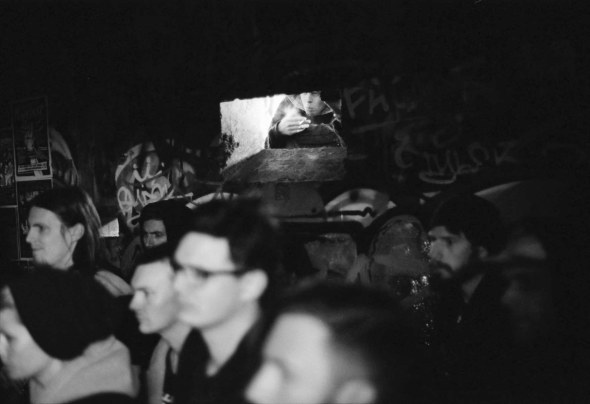 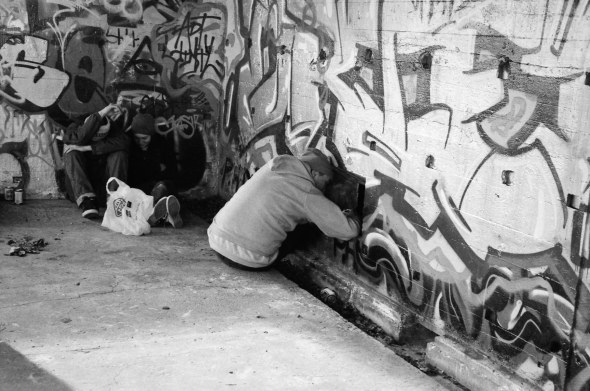 Great vantage points were to be had. 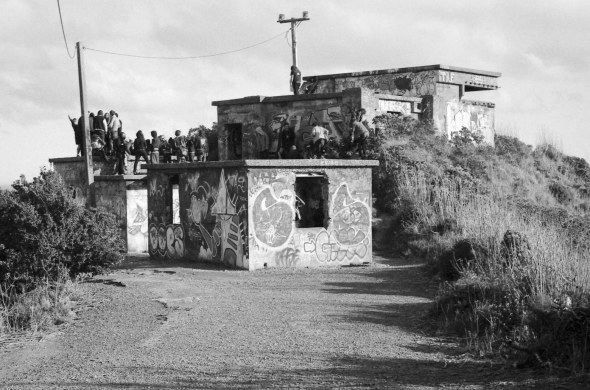 Last of all was Meth Drinker 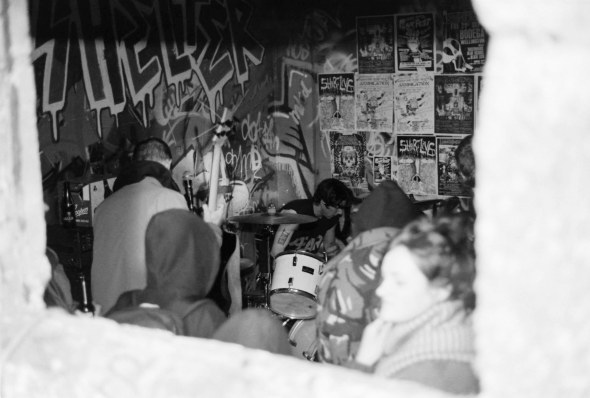 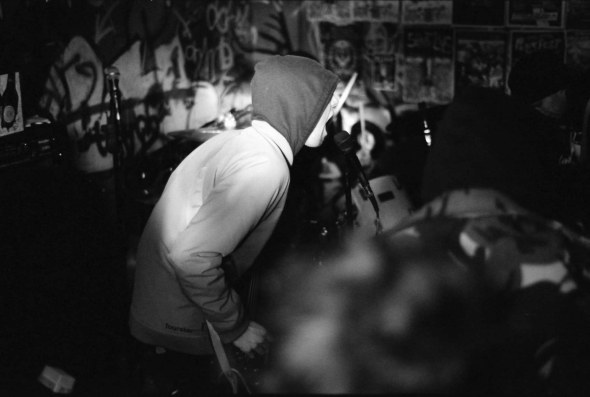 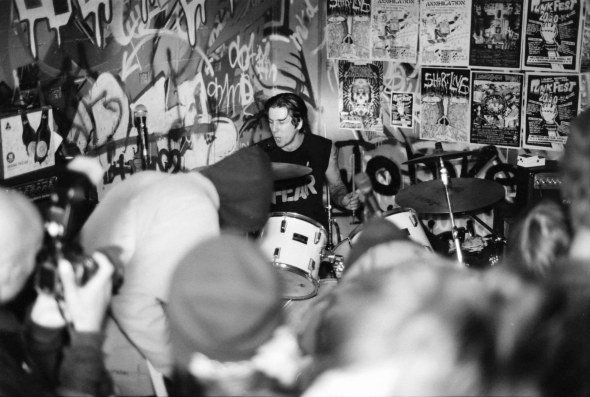 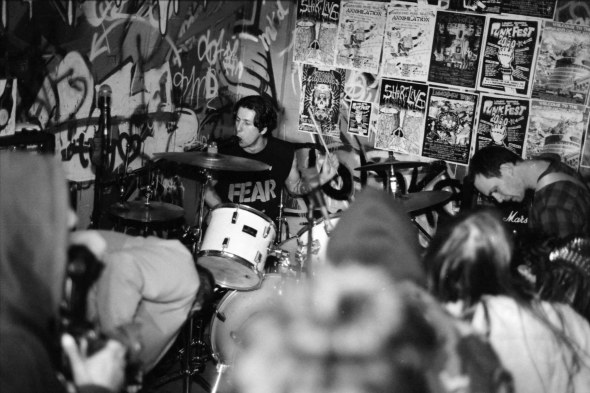 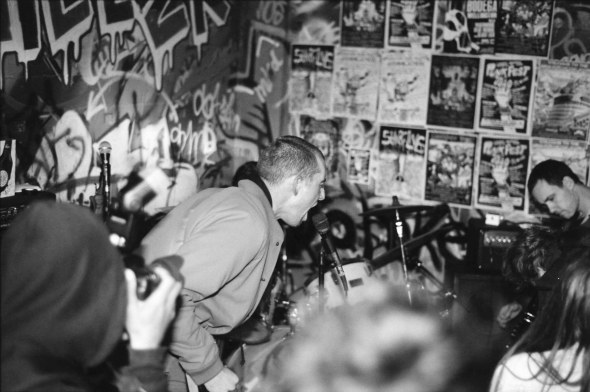 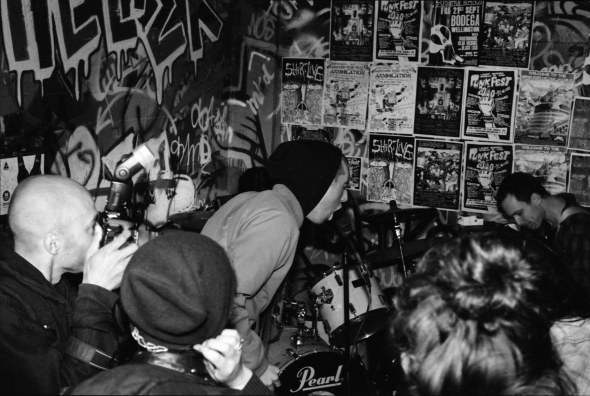 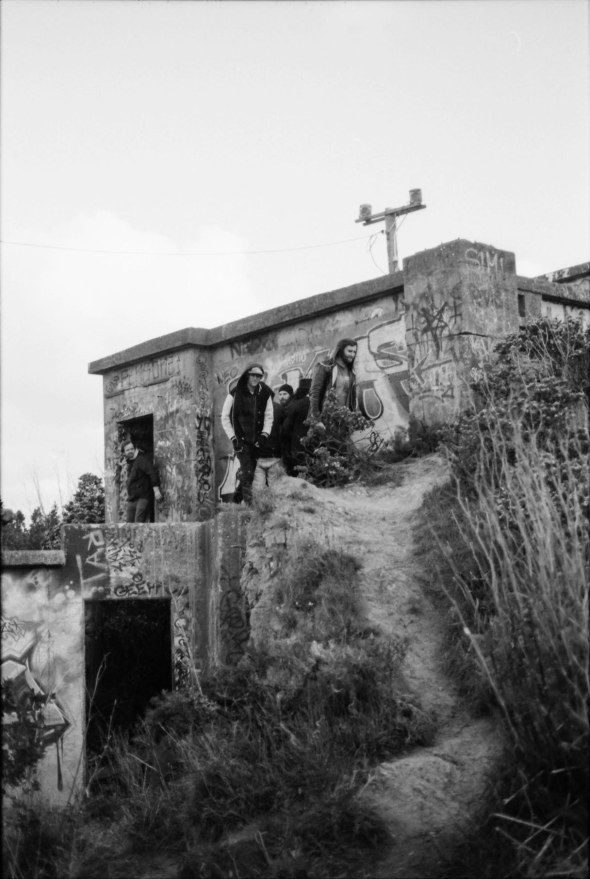 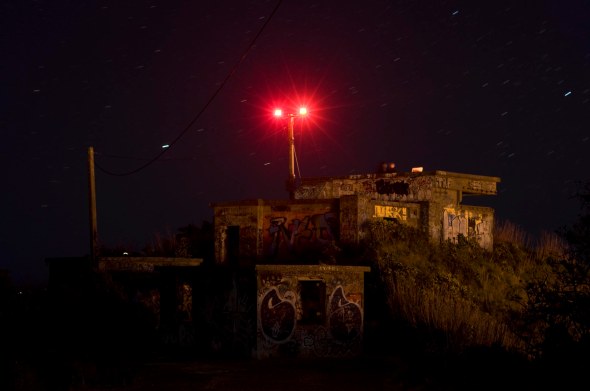 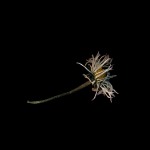 A couple of more tests using my CanoScan 9000F Scanner as a macro camera… The first using a black box and the bottom scanning head only and the second one I mounted a petal to a 35mm slide mount and used the top scanning head which gives much higher resolution.

The shipping beacon a Point Halswell in Wellington. Slightly over 360 degree view.

Still shooting my way through the first roll of film since Rollei’s come back from repair. I was working at Photo Warehouse the other day and talked to a guy on the phone who wanted a scanner to use as a macro. This got me to thinking that I could use my CanoScan 9000F to shine light through stuff, like leaves… Anyway here goes my first attempt with a partially decomposed leaf I found on the steps up to my house 🙂

Another shot from my Olympus XA3.

Things To Do While Your Rolleiflex Is Away Being Repaired #7

This is usually the camera that stays in the car for those “just in case” moments but it got out and about the week and a half Rollei was away. 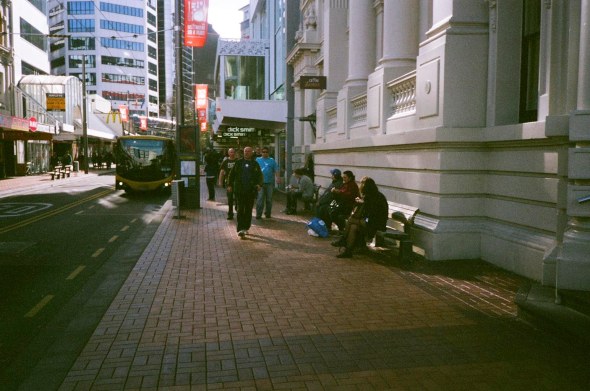 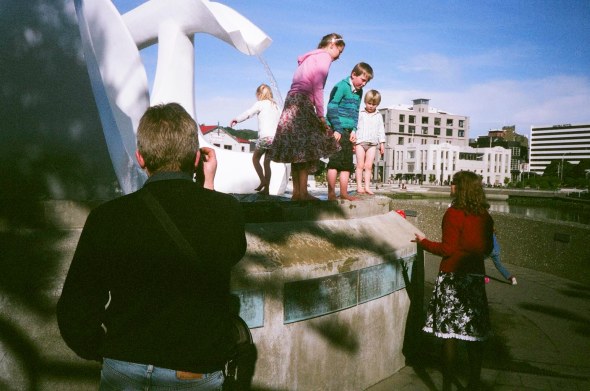 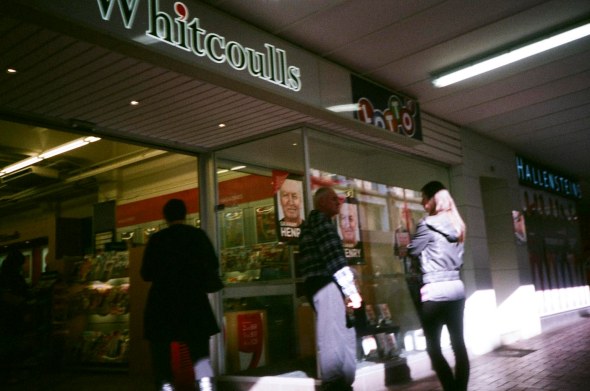 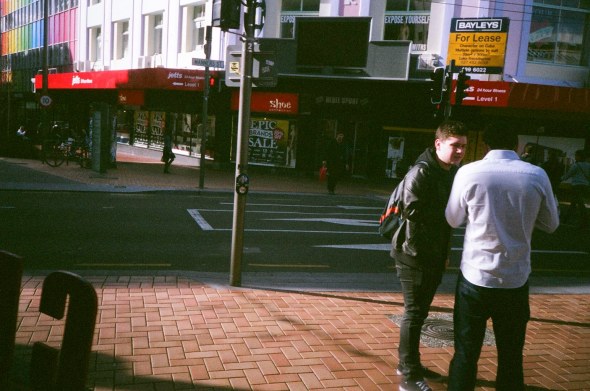 Rollei’s Back!… But I Havent Had A Chance To Shoot Yet :(

So I picked up repaired Rollei on Wednesday afternoon and I have to say that the repair guy did a really good job. As well as fixing the shutter he also gave it a really good clean and fixed up a few other small issues as well as re timing and checking all the shutter speeds.

The unfortunate thing is that since I have picked it up I haven’t been able to get out and shoot and with working both days this weekend the likelihood of getting a full roll through for next week is looking pretty poor.

Things To Do While Your Rolleiflex Is Away Being Repaired #6

I was run over when I was about 8 years old, totally my fault crossing the road without looking. The back wheel of the car ran over my entire foot but skidded over the last two toes basically ripping them off. One was stitched back on and the other was just left as a stump. The doctors had been planning to take the stump off when I was older to make my foot look more normal but I like it the way it is 🙂 . I was told I would never have very good balance on this foot but after a lifetime of skiing and skating my balance is better than most people I know. 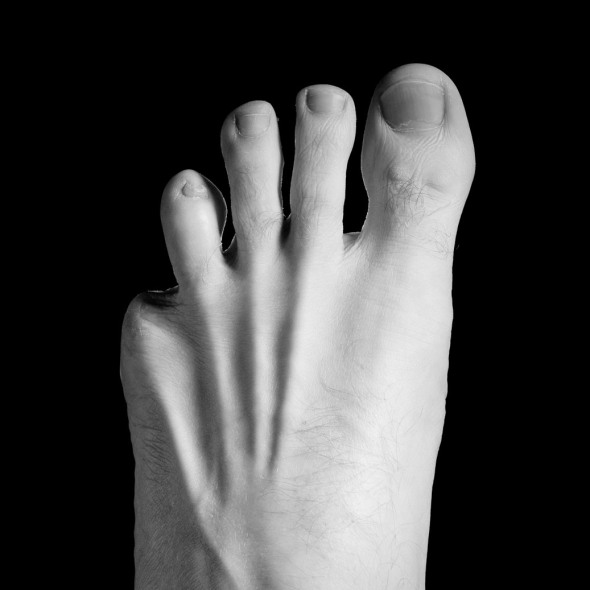