Sometimes you don’t have to go out to get images… Sometimes they come to you.

This happened just along the road from where I live within view of my house. I waited until the ambulance had left before I headed down wondering how the police would feel about me being there taking photos. I needn’t have worried as at least three police officers came up to me (thinking I was busted) but only to talk about my camera 🙂

It appeared the car lost control going round the corner, rode up the bank and flipped onto its roof. The corner had just been resealed a couple of days before and it still didn’t have its top layer on yet as well as being wet but they may have just been going too fast…

No one was killed but not sure how badly hurt they were. 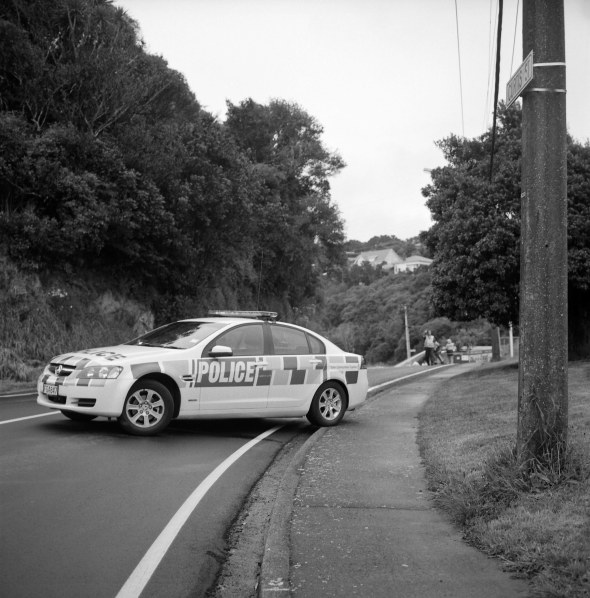 This entry was posted on 28/10/2011 by darkhalide. It was filed under Rolleiflex, Street and was tagged with black and white, car, Crash, Fireman, photography, police, Rolleiflex, Simon Burrow.