It was kind of a nothing happening day so I decided to go shoot the statue/sculpture I had seen a couple of days ago on the Wellington waterfront. The sky was pretty overcast so the conditions were pretty good (although I will go back at nigh and shoot with flash sometime in the future).

So I get there and start taking some shots when all of a sudden people start jumping off the wharf directly behind the sculpture…wtf… some sort of training for dive people I guess… They started doing circuits on the dock so it gave me a good opportunity to get some pics.

P N D S was written on their wetsuits but didn’t get anything from google and they were going pretty hard out so was thinking they were possibly Navy… If anyone knows? 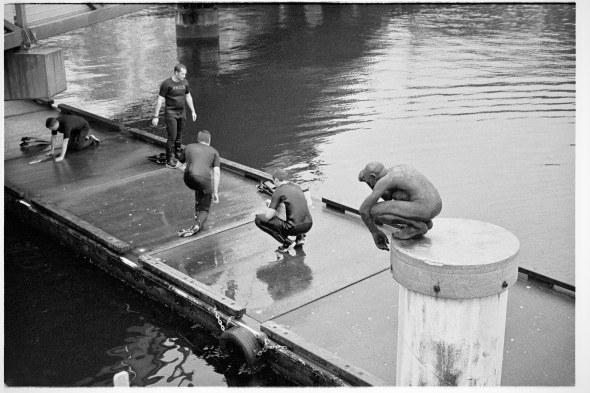 The one on the right is a sculpture.