This has been a strange week for being in the vicinity of fire alarms going off. I think Sam and I have seen three in the last three days.

This was the first one when we were at Photo Warehouse getting more film. Since it is at the bottom of an apartment block something like five fire engines turned up and there were quite a few people who looked like they had been woken up by the alarm and weren’t too happy that it was a false alarm (I am not too sure they would have been happier if it was a real fire). 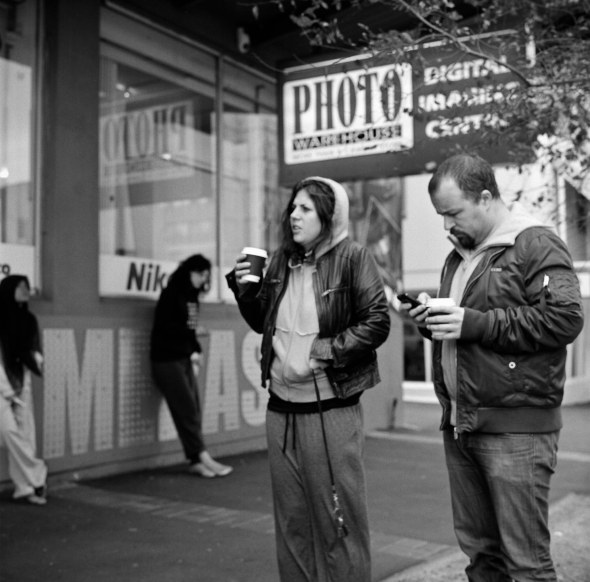 This entry was posted on 12/08/2011 by darkhalide. It was filed under Blog, Rolleiflex, Street and was tagged with black and white, False Alarm, film, Fire Fighter, Photo Warehouse, photography, Rolleiflex, Simon Burrow, Street Photography, wellington.