Last weekend the New Zealand Navy was in Wellington port to present their colours to the parliament for their 70th anniversary (yes our Navy is only 70 years old). All the ships except one on active duty were there and although there is only seven in the fleet it still made for a rather impressive display.

The ships were all open to the public but I didnt get a chance to go and have a look.

This image was taken just after they had docked… 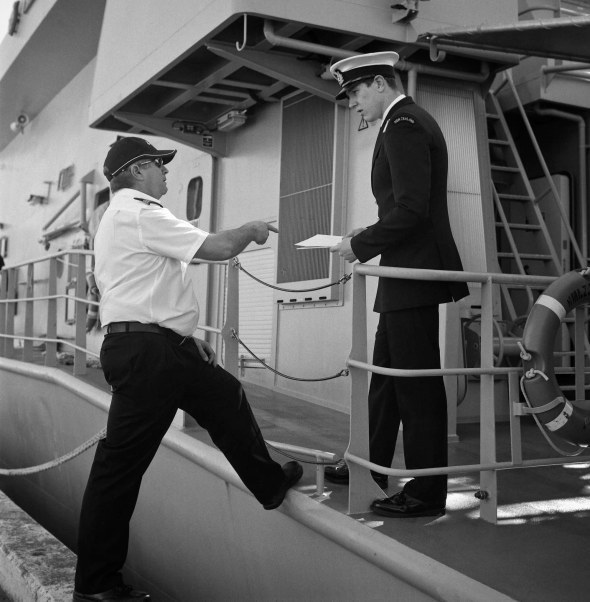 This entry was posted on 06/10/2011 by darkhalide. It was filed under Blog, Rolleiflex, Street and was tagged with black and white, Navy, New Zealand, photography, Rolleiflex, Ship, Simon Burrow, Street Photography, wellington.