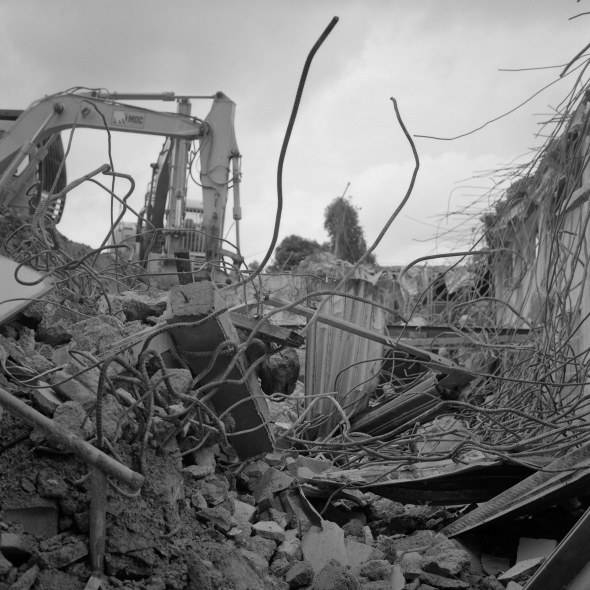 Fatherhood Friday took a break last week due to me forgetting it was Friday… This new routine with me working an extra couple of days a week is really eating into my photography/blog time… not that I’m complaining… more just readjusting.

In between earthquakes and storms the size of Australia the weather has finally started to hint at what spring might be like and we have had a chance to go to the beach (admittedly in jackets and hats) and play in the sand which both girls love to do.

Unfortunately this has also brought on the spring colds etc… Samantha has had a pretty rough week and had to be picked up from Creche on Tuesday and has been sick pretty much ever since, complete with late night vomit and constant grumpiness. Emily is still having trouble hearing due to fluid in her ears but has been prescribed nose blowing and blowing up balloons by the doctor (I kid you not). She was surprised to find that she can actually blow up a balloon by herself. 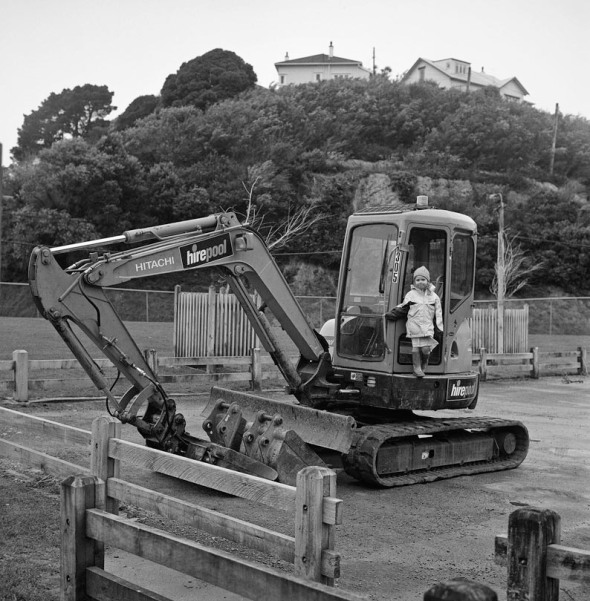 Emily with the digger that is rebuilding the bike track in the park across from us. 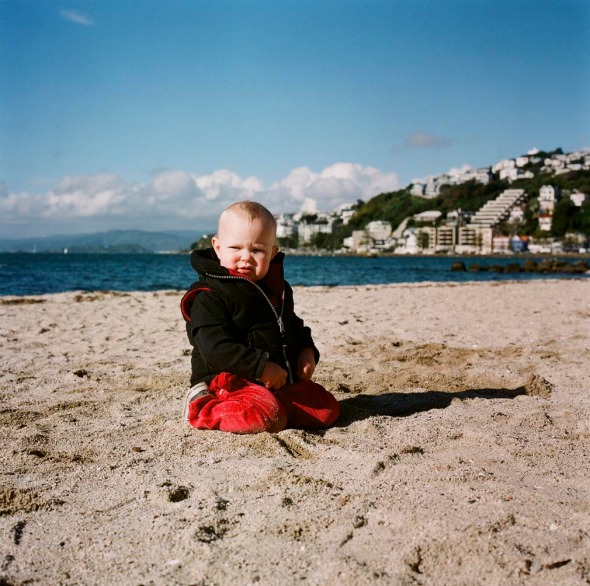 Sam at the beach on one of those sunny days.

On a Dark and Stormy Night.

Replacing sand before a big beech volleyball tornament. The beech is entirely man made with sand trucked in from Golden Bay in the South Island.

I forgot to take my remote shutter release so could only get short (30 second) exposures and it started raining almost as soon as I got there.

Made for good dramatic clouds though. 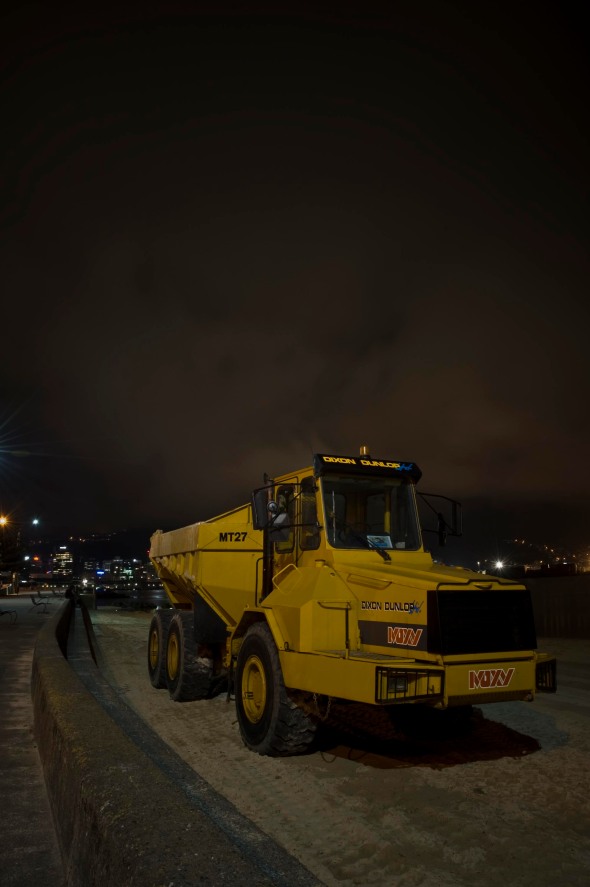 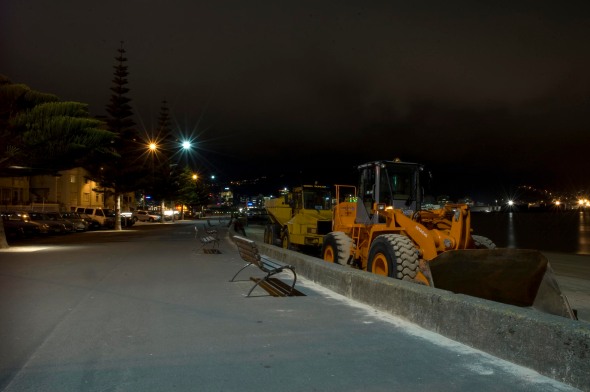