Shot at the start of the parade for the All Whites Football team after their undefeated record at the world cup (didn’t win a game but got 3 draws).

The person in the middle of the scrum is the Prime Minister of New Zealand John Key. The thing I really like about New Zealand is that we are all pretty relaxed and it was cool to see the PM hang around after the parade had left and talk and pose for photos with the large amount of kids who stayed. Even if I don’t agree with his politics at least he hung round and had his photo taken with pretty much anyone.

The funniest thing that happened was a dancer from a Salsa Dancing float tried to get her picture taken with the PM and had to run to catch up with her float which had left without her. unfortunately I was changing a roll of film at the time and missed shooting it… 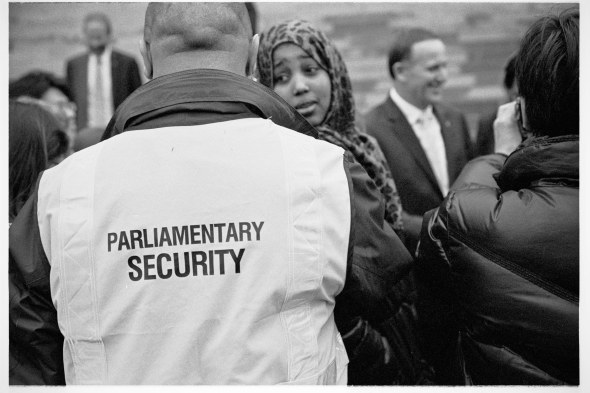 It also seemed like entrance to the fenced off area was by the look of your camera rather than any type of Press Pass, I was tempted but liked the angles I was getting so decided not to try…

I possibly pissed off some newspaper photographers by using my 50mm and getting close and getting in their way while they were all shooting 70-200s.  Ngh like I cared 🙂