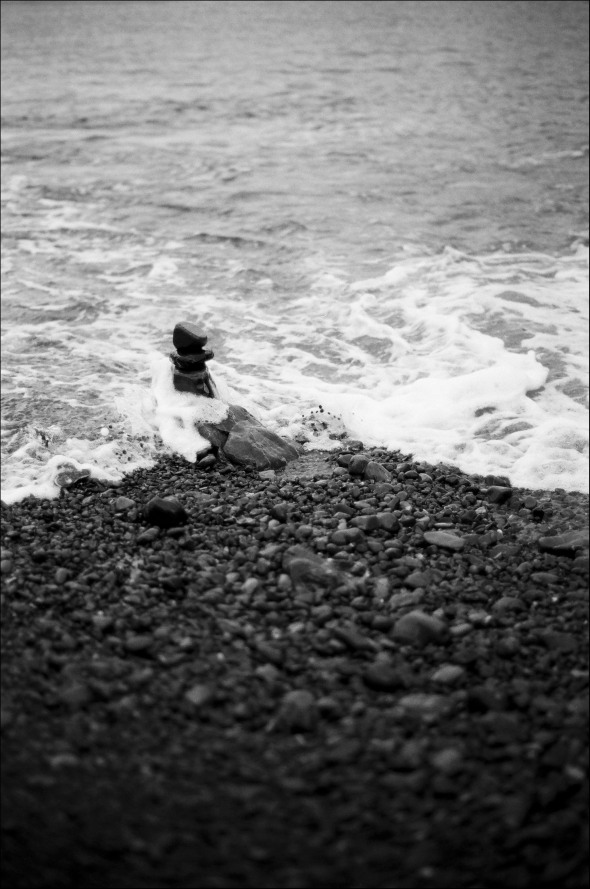 Last week I was testing out an expired bulk roll of film for the first time and feeling quite sleep deprived couldnt face taking it into my usual urban jungle setting so went to the beach instead. It was reasonably overcast but I was impressed how the film handled and the tonal range that I got out of it. Considering that it expired in 2007 it still seems to be working well.

This entry was posted on 08/03/2010 by darkhalide. It was filed under Blog, Experimental and was tagged with beach, film, ilford, Nikon, pan F, photo, photography, rocks, surf, water, wellington.