A shot from my trip to Somes/Matiu  Island last week.

At first glance nothing special until you realize that this is a fixed lens camera with a focal length of a 50mm on 35mm film. I think the focus put the gull at around 4 feet from where I was standing which is nearly as close as the Rollei will focus. The Gulls were nesting with offspring and were pretty territorial… more on that in another post… 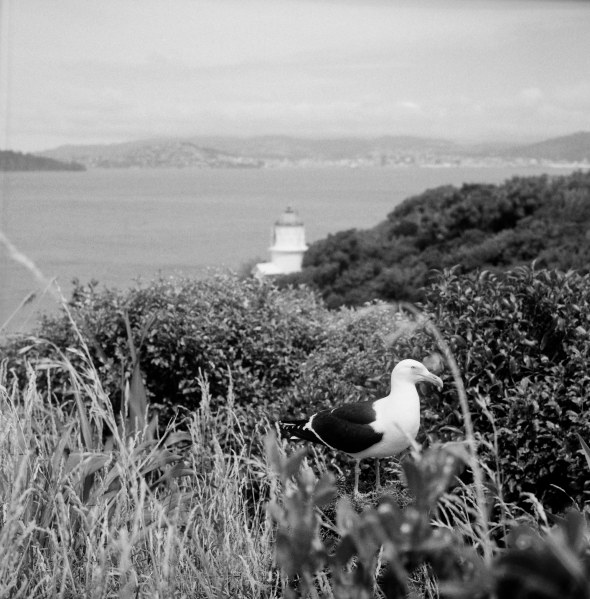