Ok the title is slightly sensationalist but came about from a friend mentioning that there was no one around in the city on Easter Friday and that it was like a Zombie Apocalypse had occurred.

Stuff like that makes me think… I have done some stuff over the years to take people out of the cityscapes (long exposures, multi stitch images) but not really gotten a truly deserted shot that I liked. So when Samantha woke up at 5am on Easter Sunday I decided to go out and try to get some (after Amanda had been woken up).

I left the house at about 730 and 30 seconds later it started to rain so I went back home and got an umbrella and the extra cable release I had forgotten and headed out again.

By the time I had parked the car (plenty of parking at 8am on a public holiday) it was still raining but not too badly so I took a couple of shots on Cuba street then the rain stopped.

There were still a few people around so for lots of the shots I had to wait for a bit and 1 image had to have someone I didn’t see taken out but other than that they are all as taken.

I like the way my eye looks for shapes that might be people since this is how I am used to seeing this scene. 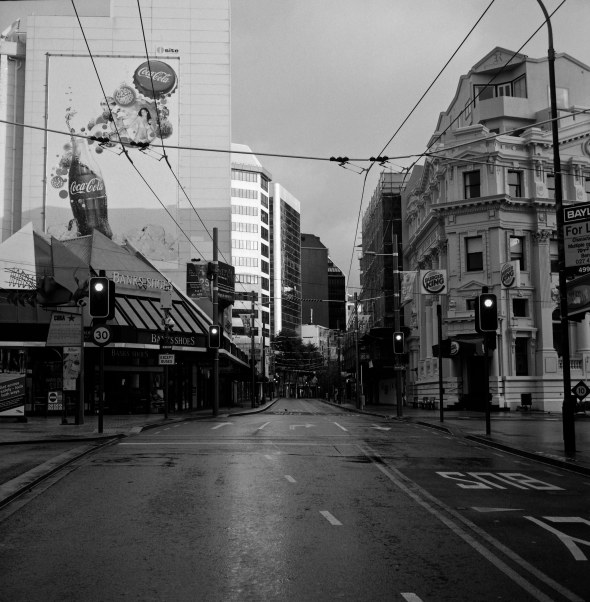 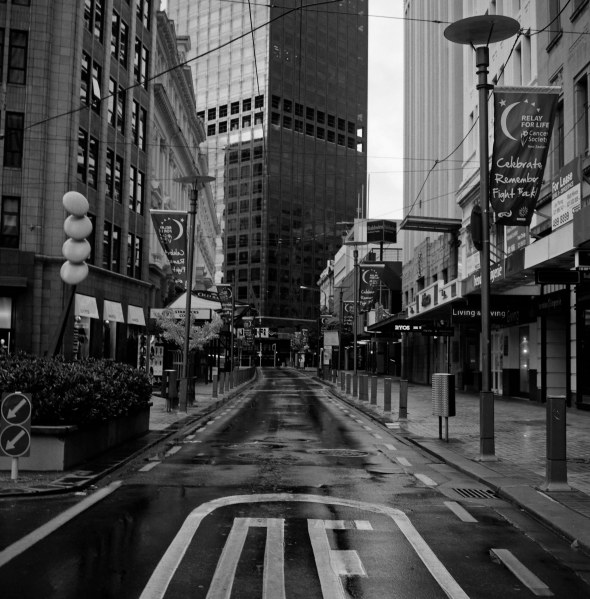 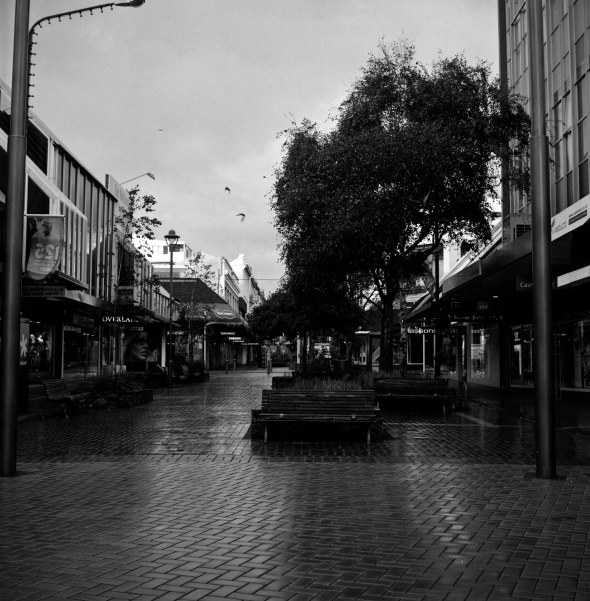