I have been trying to get an image of this piece of graffiti for about a week  (it’s gone now) but with the light I hadn’t had any luck with framing it up. Saturday I noticed this sleeper but when I first saw him there were a whole bunch of people drinking next to him who I thought might be his friends so I decided not to shoot it since drunk friends usually take an exception to people taking images of their passed out comrades.

I went round the block and came back to find the so-called friends just leaving so managed to get this shot. I could have got closer but liked this composition best as it incorporated a piece of graffiti (now gone) as well as the sleeper themselves.

I have no idea who Isobel is… 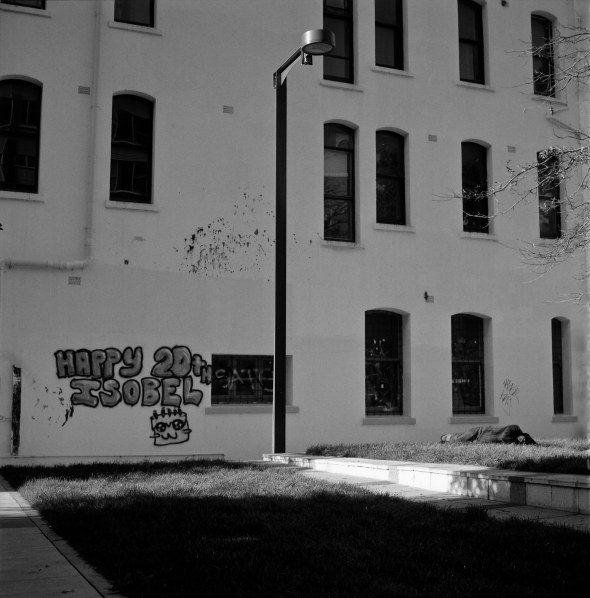