WARNING This is an attempt at humor that has essentially failed but I thought I would put it up anyway… From now on I will just stick to photography!

So the Rugby Sevens starts tomorrow and even as I write this there is a parade with all the teams passing through town in all their colour and splendor.

I am currently at home developing film while my youngest has her lunch sleep 🙂 so I thought I would write up a quick informational to help would be street photographers to navigate the slippery slope that is Wellington on Rugby Sevens weekend.

Disclaimer: If you want something serious maybe stop reading now… All views are mine alone and while this post may contain some information of use in no way were any animals harmed in the making.

Rugby Sevens… Its the one weekend where you are more likely to be beaten up for not taking someones photo that the other way round. The one weekend of the year where it is OK for rugby guys to walk around wearing shot skirts and dresses outside and for girls to wear clothing several sizes too small for them.

Im a cheap ass and never actually buy a ticket to the actual games (although most of the teams train on the field across from where I live so I kind of get a free preview).

What do you need? Not necessarily in order…

Camera (very important unless you have one built in somehow)

Clothes (cause being naked in public just gets you arrested) 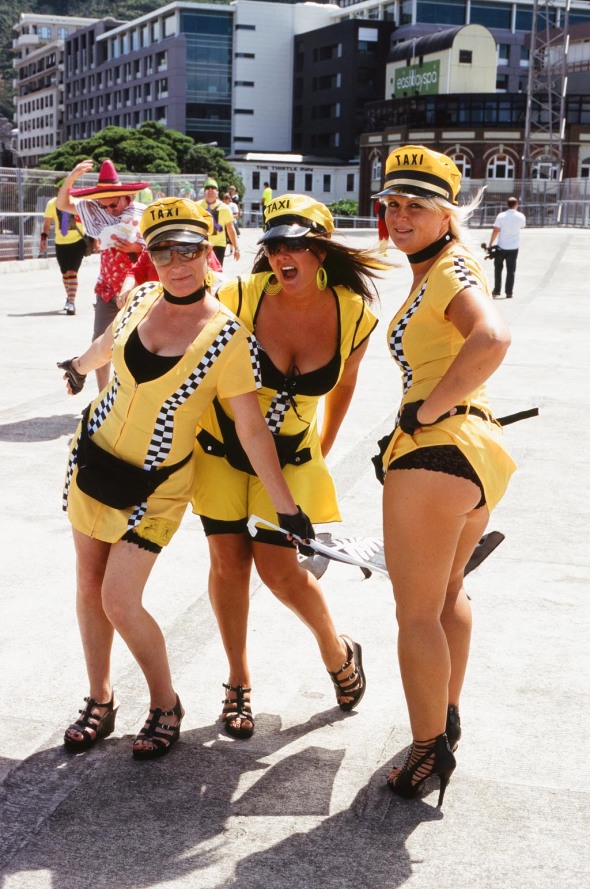 Colourful but pretty boring on the street photography front…

I tend to hang around town and get the people on their way to of from the grounds… It makes for interesting interactions… You have to watch out though cause they move pretty fast, blink and you might miss something (I recommend matchsticks to prop open your eyes so you don’t miss anything)

The best shots seem to happen after the games have finished and people go out to party… but again you should avoid these shots where you can since using a flash really makes it hard to be low profile in you shooting. 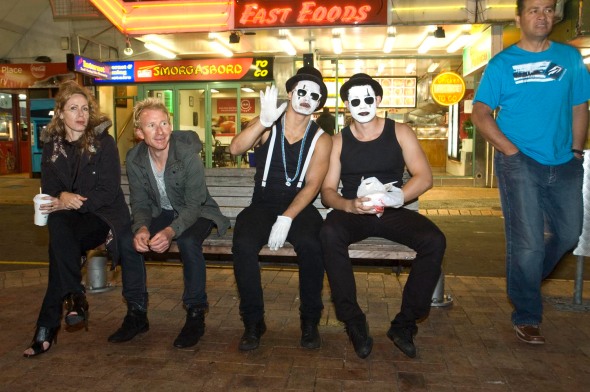 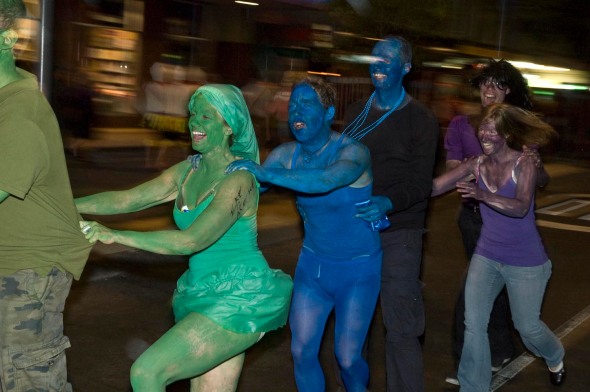 Again not really street photography but just a lot of fun 🙂

Anyway I hope this wasnt to informative. I will leave you with an actual street photo I did like… Be safe out there…

This entry was posted on 02/02/2012 by darkhalide. It was filed under Experimental, Street and was tagged with amusing, black and white, Dark Halide, fail, photo, photography, Rugby 7s, Rugby Sevens, Simon Burrow, Street, Street Photography, wellington.