Occupy Wellington Before And After Eviction

Occupy Wellington Got evicted the other day. It was pretty much going to happen as the city tried to tidy its image for the Rugby 7’s. I missed the actual eviction which was apparently a bit heated but have put together some before and after shots… They aren’t exact since I was doing it completely from memory from a few months ago but you get the idea.

In the 5th shot you can see a guy on a bike talking to the security guard… The same guy is one of the original protestors in the shot below :)… There was no animosity and they were just having a chat. 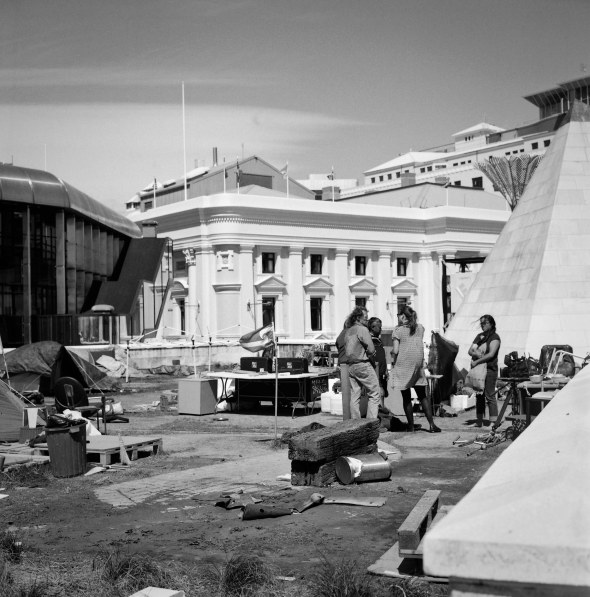