The Sea Shepherd flag on the back of the Bob Barker vessel as it resupplies in Wellington before heading south to link up with the Steve Irwin to protest against whaling in the southern ocean.

I have to say that I was pretty impressed by this ship, unfortunatley it was too big to get a shot on the Rollei but I took one on my XA3 (still to be processed). It looked a lot like some of the NZ navy vessels that were in port earlier in the year. 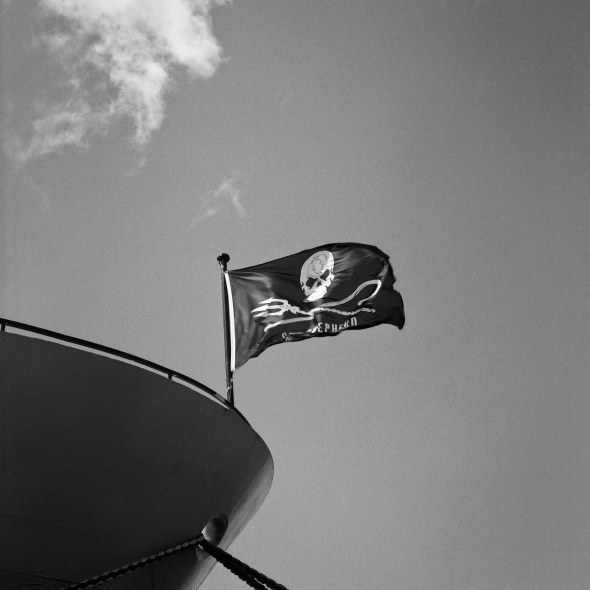