I just developed a roll of film from my converted Holga 120 camera and found this shot which is just before this sculpture  got moved into the house behind. It was originally part of an exhibition of Architectural style in the City Gallery on Ian Athfield.

Some shots of it in its original position are HERE. The black stuff in the bottom of the frame is felt from the edge of the film canister and was in every shot… Something to look for in the future when loading film 🙂 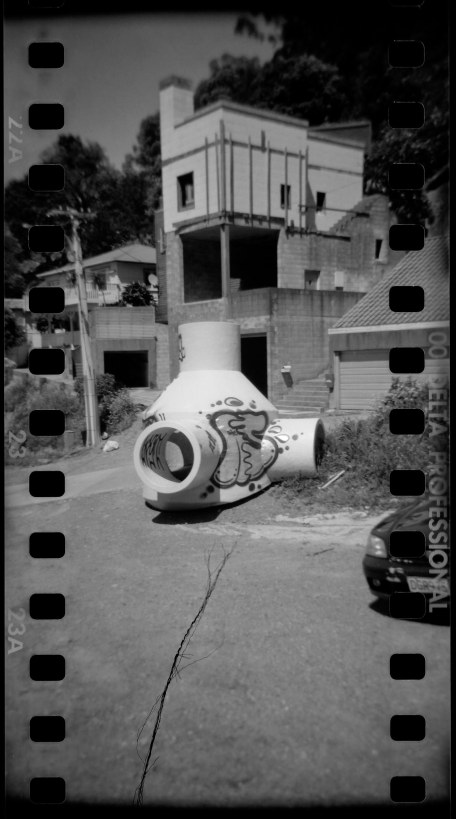