Believe it or not this wall was full of writing. Guess it was the same tonal range as the wall… 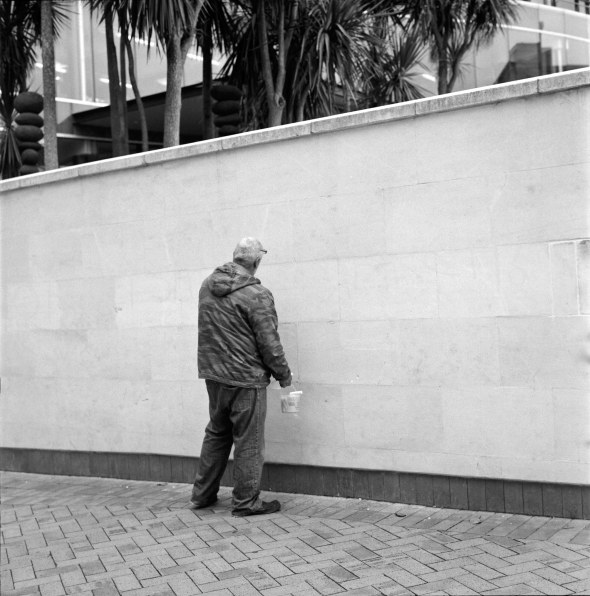 For the new year I have been trying different styles of street photography. Usually I use the aimless wandering style of street photography which means that you don’t really stop moving and capture whatever happens in front of you, this method is great for when I have Samantha in the backpack because she gets bored if I stand still too long. Over Christmas I have had a few opportunities to go out by myself and have been doing a bit of camping in one spot and waiting for something to happen… These shots were basically done by standing in the middle of the footpath without moving for about 5 minutes 🙂 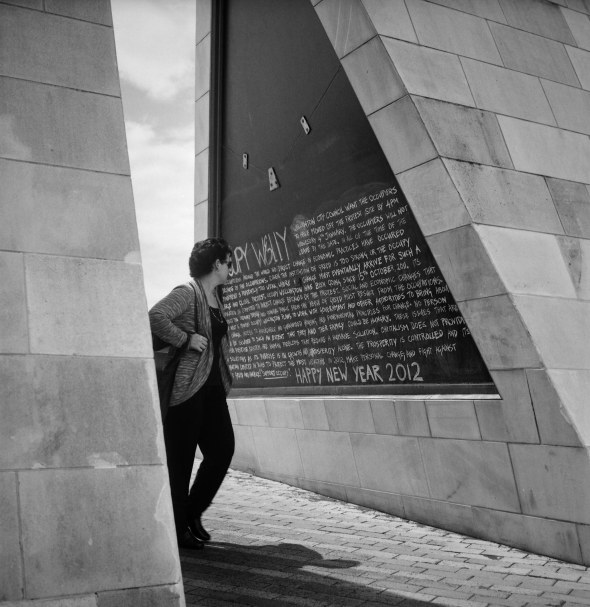 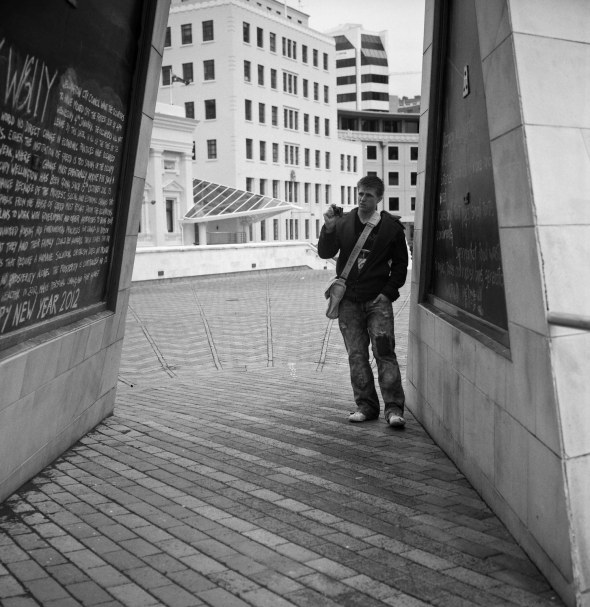 This protest has been going on since it was announced that there was going to be a bus road put through the previously pedestrian Manners Mall… With only 5 days before buses are going through it I am getting as many images of the area as I can before it changes.

At one point the protestor was arrested for smashing up the road with a sledge hammer… I missed that one dang it! 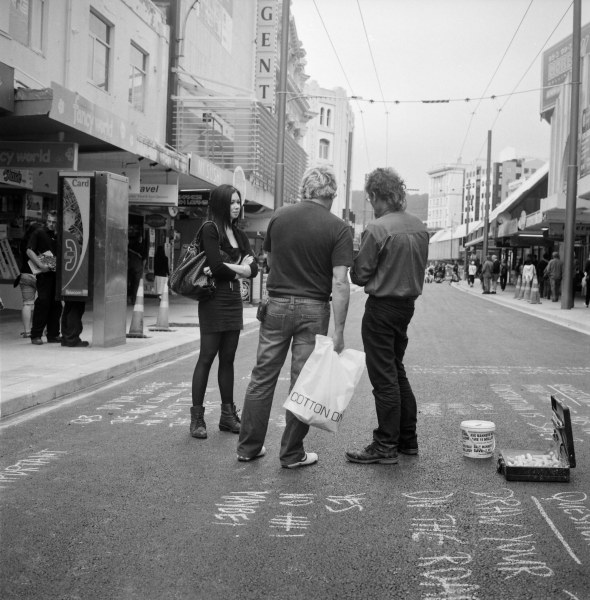 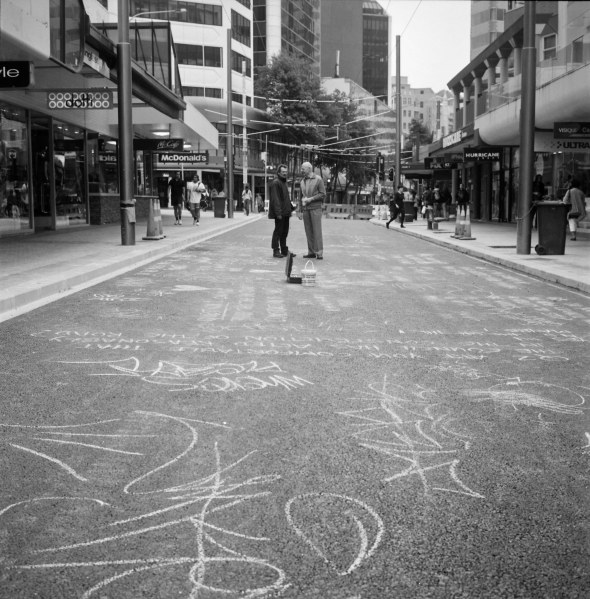 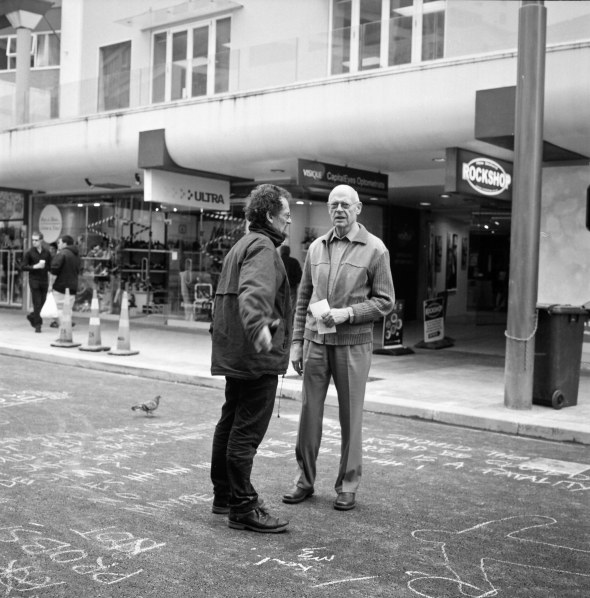