A Bit Of Camera Repair

I finally got around to pulling apart my broken Canon Demi S half frame camera to see if I could get it back up and running. I found a repair manual online for a slightly different model of camera and started  dismantling. There was a major difference unfortunatley in how the front cover came off which would have saved a lot of time and trouble but you live and learn. 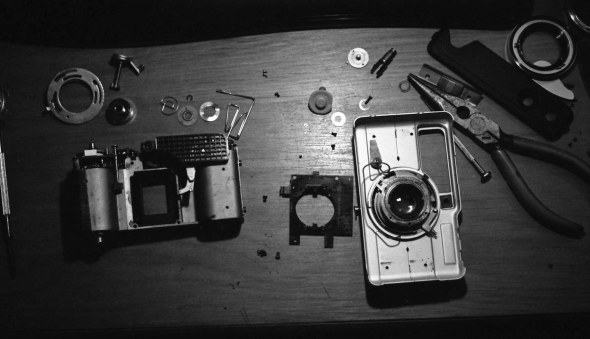