This is the second post from the Dragon Boat Festival from the 19th of March (oppps is it really a month since this was on?). This is the day after I was taking photos with the Rolleiflex, I decided to take my Nikon F5 with my 80-200 f2.8 and get a bit closer to the action.

I had scoped out the best position to be the day before and just before the first race I went down under the bridge onto a floating pier and lined myself up with the middle of the only lane close enough to shoot down. Amusingly about a minute after I was in place one of the Dominion Post photographers came along… He stood on one side of me… Then the other side…Then back to the first side… At this point I was grinning like the Cheshire Cat (yes I have just finished reading Alice in Wonderland to Emily) as he stood beside me with his 500mm telephoto cause Id snaked his spot (small things amuse me). 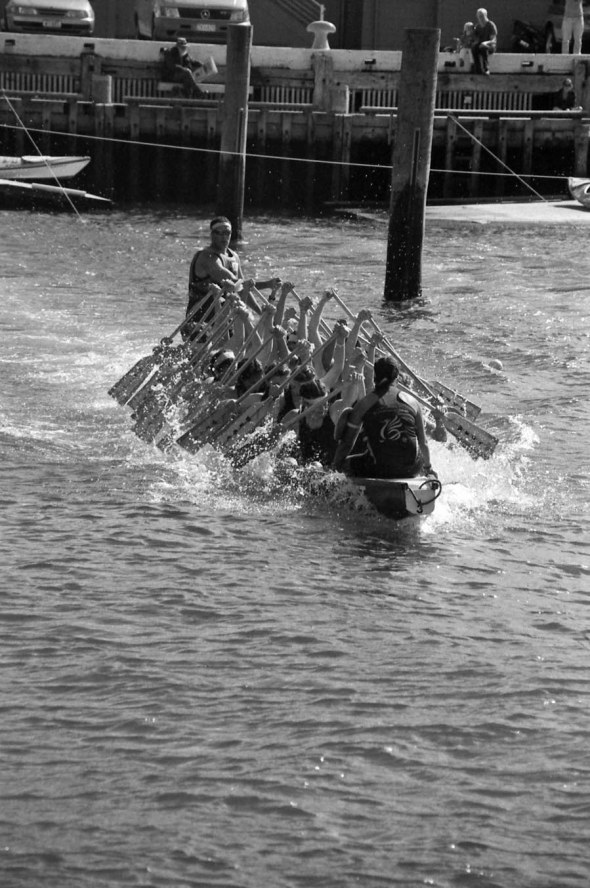 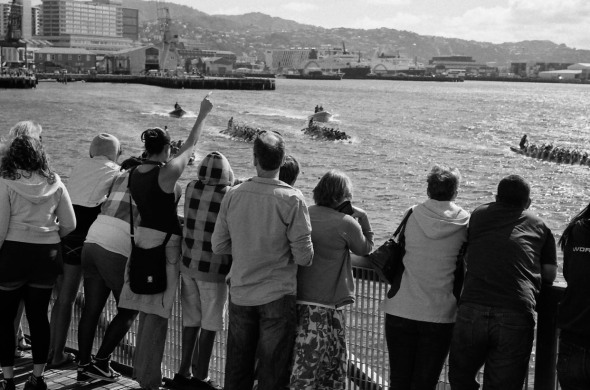 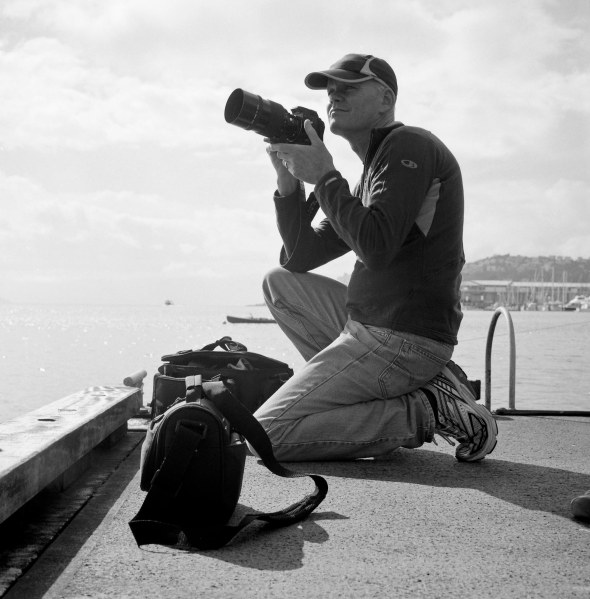 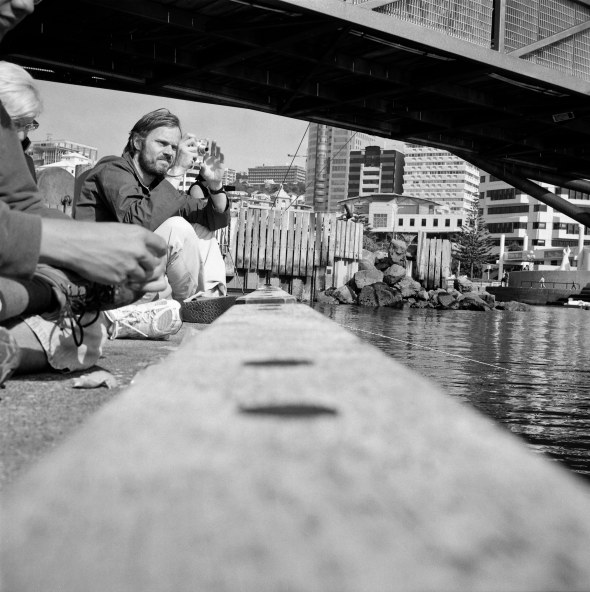 On one of my many before work wanders (I no longer work so these have now become extinct, RIP) I came upon a training session for the upcoming Dragon Boat races. Armed with only my trust Nikon F5 and a 50mm f1.8 lens I set about trying to capture the event in a very short window of opportunity before I was supposed to be at work. 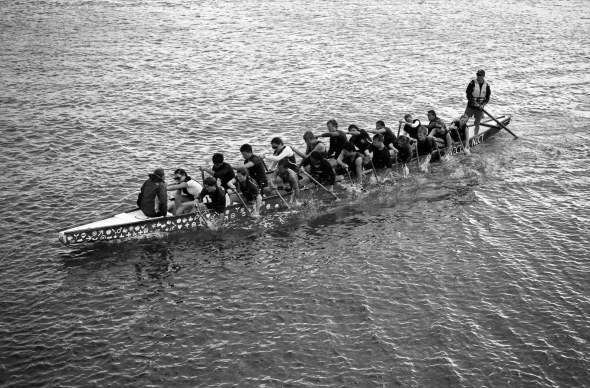 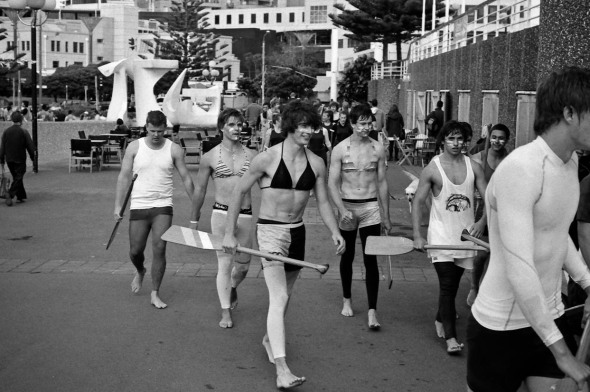