These shots are mostly from when I went to Pomare the first time. I have only managed to develop and scan the film these were on recently and things have change quite a bit since this. 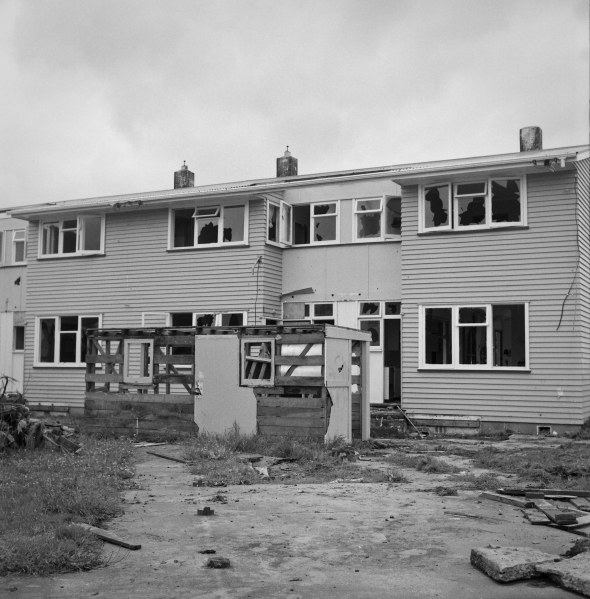 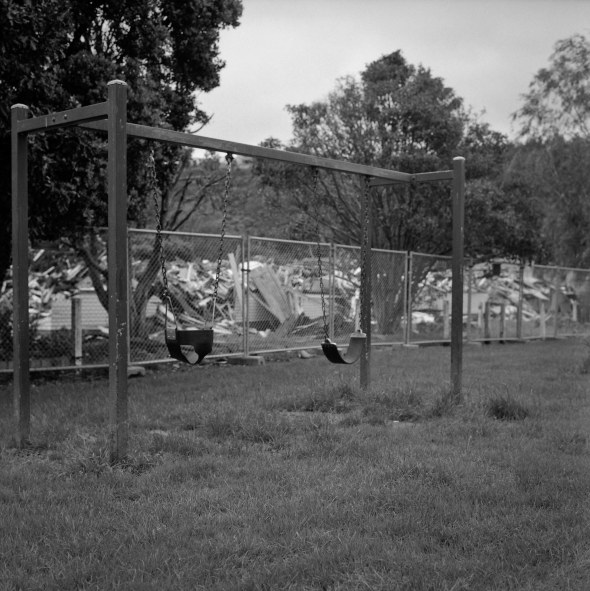 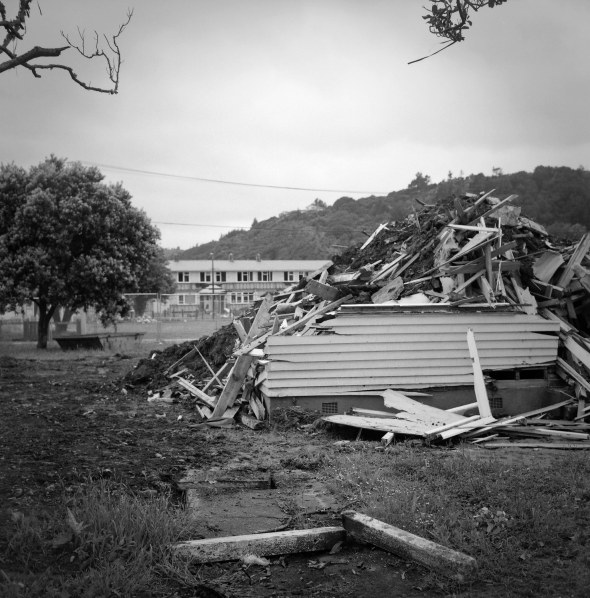 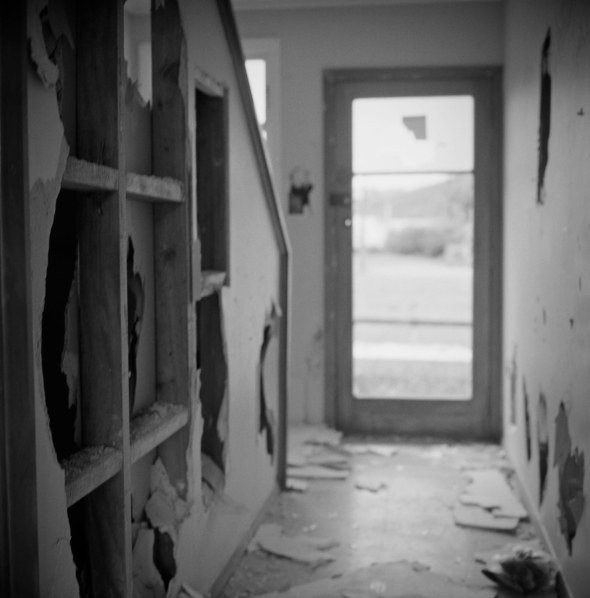 The shots after this are from when I went back the third time. The big piles of rubble are no longer there and more houses have fences around them that are destined to be demolished. I will probably end up going back a few more times to see how things are progressing. 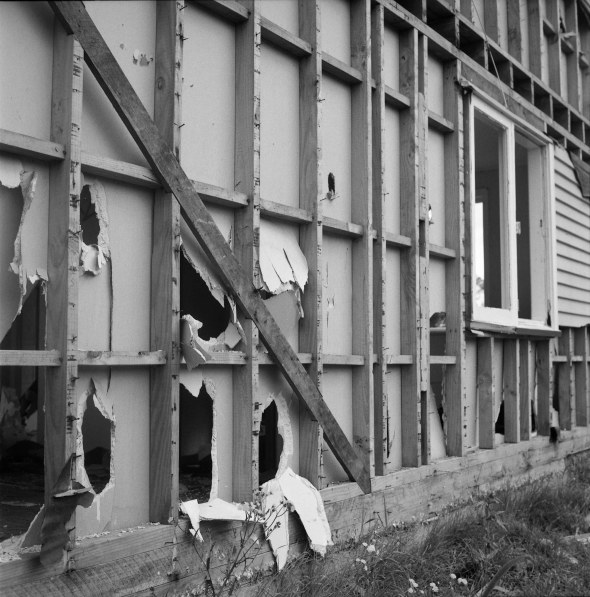 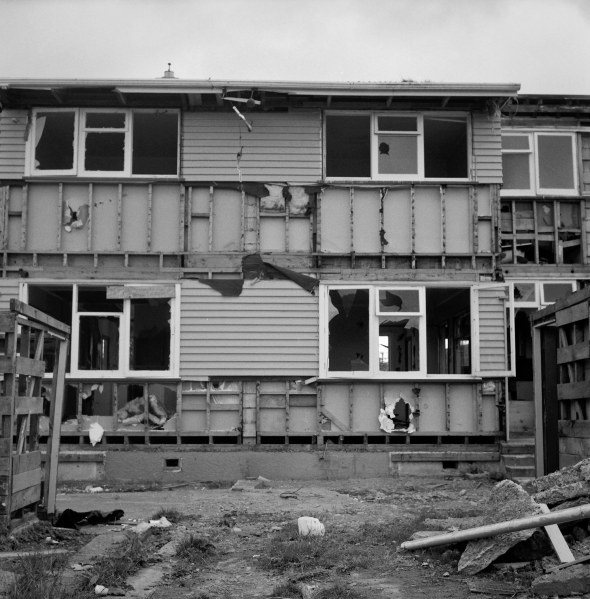 Went out looking for abandoned buildings yesterday afternoon and ended up driving back past Pomare… It has changed quite a lot since I was there a couple of weeks ago. Houses that still had people in them are now nothing but empty shells and new buildings have fences around them as they are due for demolition. The fences around some of the buildings had been pushed down and there were people removing bathroom fixtures (not sure if they were supposed to be there or not since it was a public holiday).

The whole place has an aerie feel especially once you look closer at the things that have been left behind. 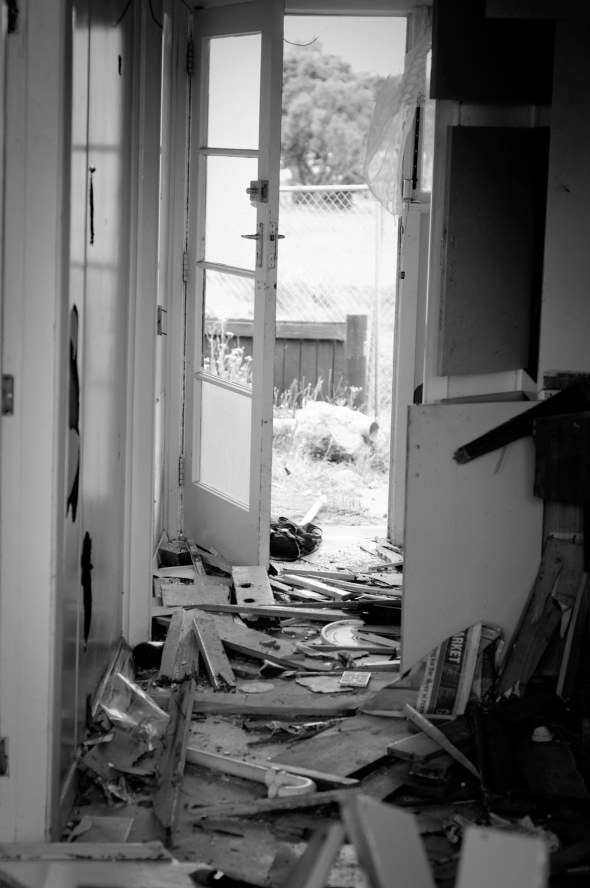 Half Frame pano of the housing estate destruction at Pomare in Lower Hutt.