After cutting out the first gobo the plan was to test how well the overall concept worked in the studio environment using digital. 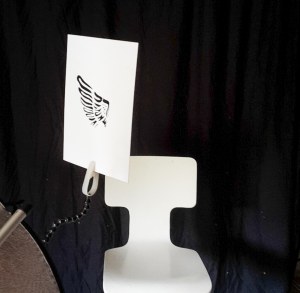 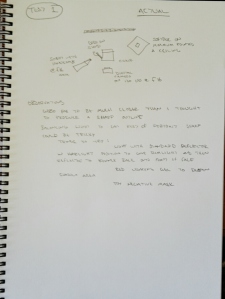 The overall concept looks like it will work well with a little bit of tweaking especially with the light not associated with the gobo.

As I think about the overall project more and more I think it might end up being centered around “spirit animals” with each individual choosing which animal they most closely associate with.

Greetings… Its been a while

Blog has been a bit neglected of late but I am starting my first real project in quite a long time and thought this was probably the best place to put my thoughts, trials, failures, successes…

Anyway the project is a group of images for exhibition using my large format 4 x 5 Cambo camera which has also been sadly neglected sitting in its box in my garage for longer than I can remember.

The concept is to use cutouts (or gobos) to create shadows or highlights on portraits. This is done by using a snooted studio light so as to not spill too much light around the gobo.

To create a gobo I have been printing out images onto framing matte board and then cutting them out with a craft knife.

So far I have cutout a few gobos…

I ended up shooting from across the hall…

Publicity photo for Sacha’s website and other random things like exhibitions. Check her website HERE and while you are at it go check out her art its pretty damn cool! 🙂

And finally a shot from Rolleiflex using Fuji 160NC Film…

This is the second part of the rose that I found on the beach last week.

This time I was playing with light fall-off with a saftbox directly above and very close to the rose. 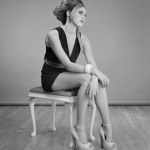 This is from a couple of weeks ago when I did a job with photographer Alicia Scott. Ivan and his team at Frenz Hair Salon were great to work with and it was a fun shoot. I even managed to plug Rollei into the lights, via pocket wizards, and snap a couple of shots 🙂

See one of the final shots on Alicia’s page HERE 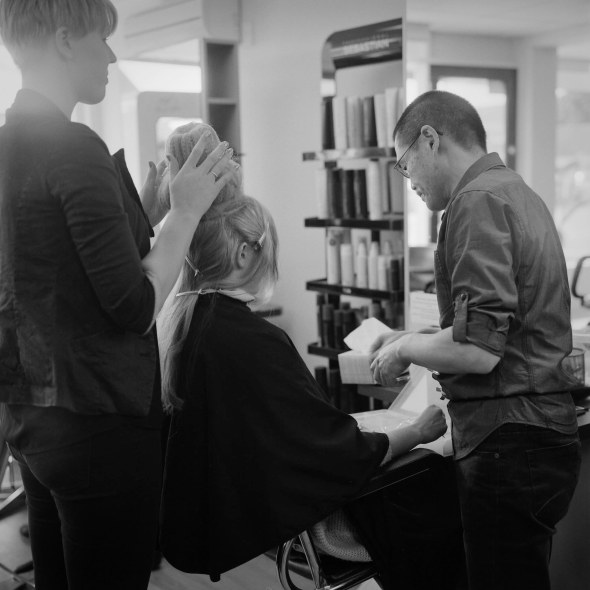 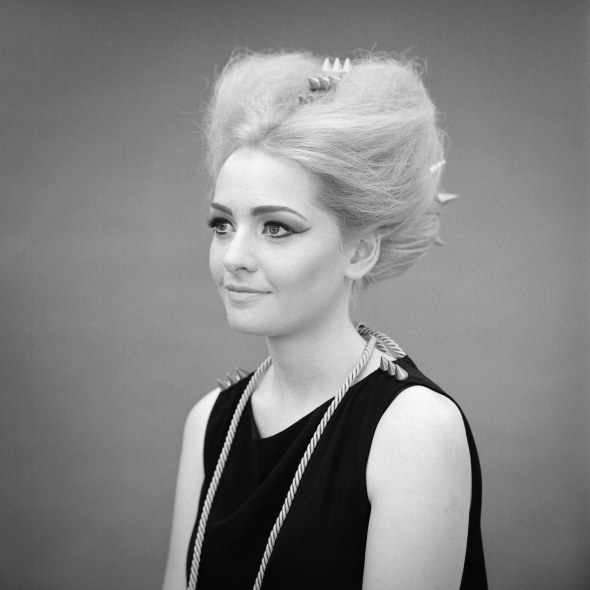 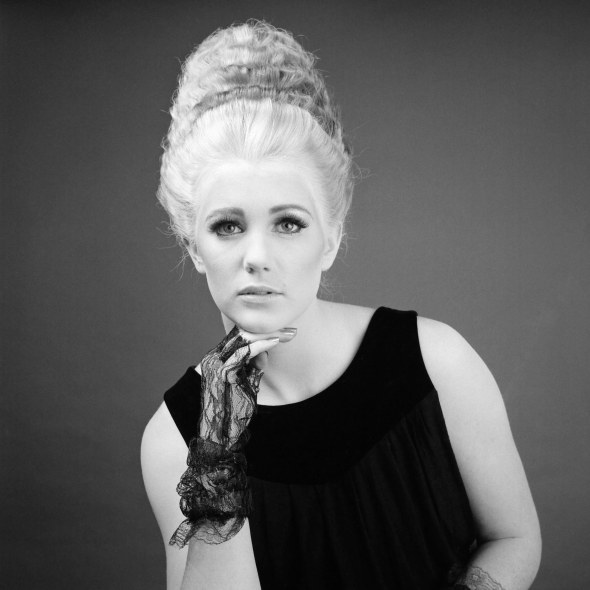 Hi My Name Is Simon…

Posts have been a bit far apart of late and to be perfectly honest I have been out taking a whole heap of images, partly because its winter and cold outside.

I have just invested in a set of studio lights (Bowens Gemini 750s with batteries) and haven’t really had them out of there case since I got them 🙂 The double garage under the house is being roughly converted to a studio space and eventually I should start setting up some shoots there. I am however excited by the prospect of taking the lights out to some urbex locations to shoot some portraits but really need the weather to be a bit more settled.

I went out for the first time to shoot street yesterday and although I didn’t take any images I’m going to try and get out at least once a week.

Anyway hopefully this means a few more images to come onto the blog.

Here goes some shots from last weekends shoot with Melissa, Alicia and Renee.

These are from my F5 that was loaded with Ilford Delta 3200 Film and were possibly the only images that really looked like I saw them in my head. I only started using it near the end of the shoot rather than reloading my RZ67 and Rolleiflex.

Things To Do While Your Rolleiflex Is Away Being Repaired #6

I was run over when I was about 8 years old, totally my fault crossing the road without looking. The back wheel of the car ran over my entire foot but skidded over the last two toes basically ripping them off. One was stitched back on and the other was just left as a stump. The doctors had been planning to take the stump off when I was older to make my foot look more normal but I like it the way it is 🙂 . I was told I would never have very good balance on this foot but after a lifetime of skiing and skating my balance is better than most people I know.