Photog On The Storm 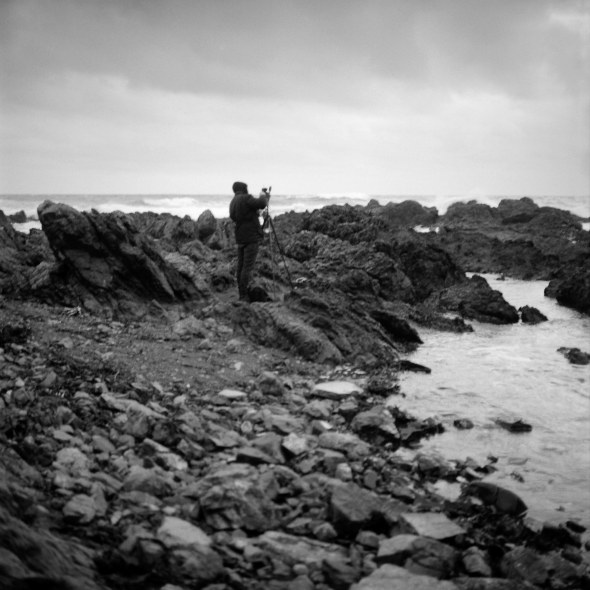 So I bought a new camera off TradeMe (NZ’s equivalent of Ebay) last week and it turned up on Monday. It is an Olympus XA3, which is a 35mm fixed 30mm lens and fully automatic but really small and super sharp, that was bought out around 1985.  It was described as non-working so it only cost $30NZ and the research  did before I bought it seemed to suggest that it was probably a contact problem which would be easy to fix.

This is the kind of small camera that means you can really always have a camera on you and still shoot film… Sometimes the Rollei is just a bit big to always carry around when you also have a 2-year-old with you.

These are some shots, mostly of kids due to the fact we were pretty much housebound due to the Snow and copious amounts of rain we have had all week, from the first roll I put through it.

They are quite contrasty mostly since I was using 400 ISO Film pushed to 1600 and then developed at 1/9 dilution rather than the 1/19 dilution I would usually use (I was in a bit of a rush to Develop).

All in all I quite like them. I currently have a roll of 800 ISO colour negative film loaded but unless it is really cool I think I will go back to 400 pushed to 1600. 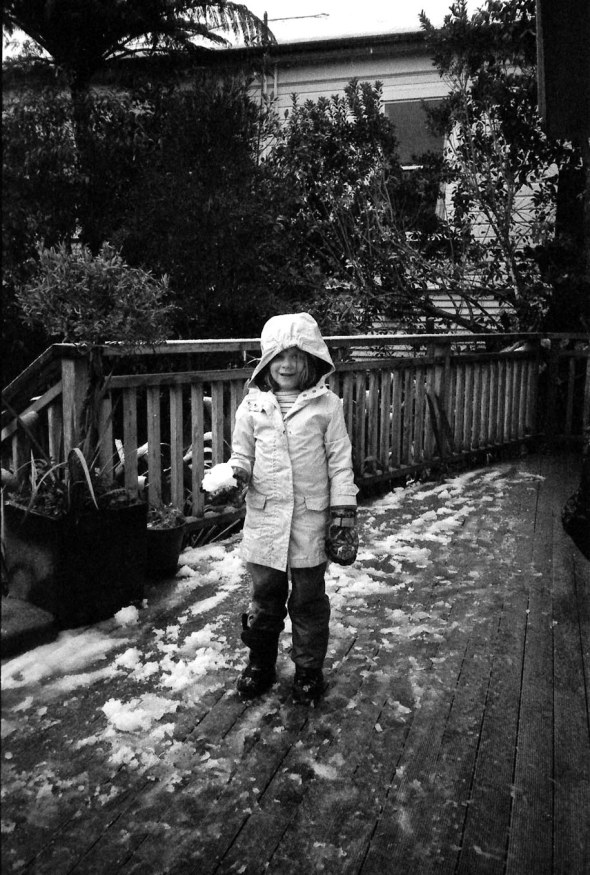 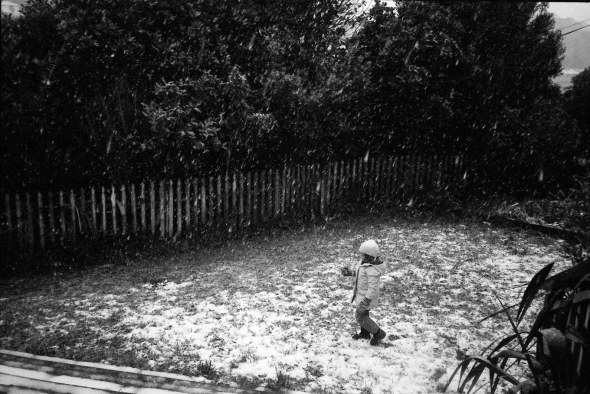 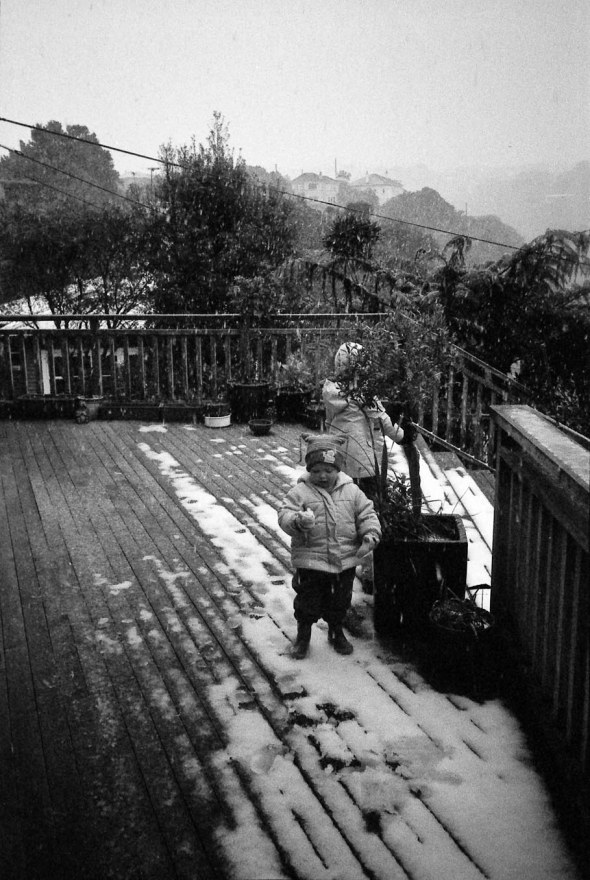 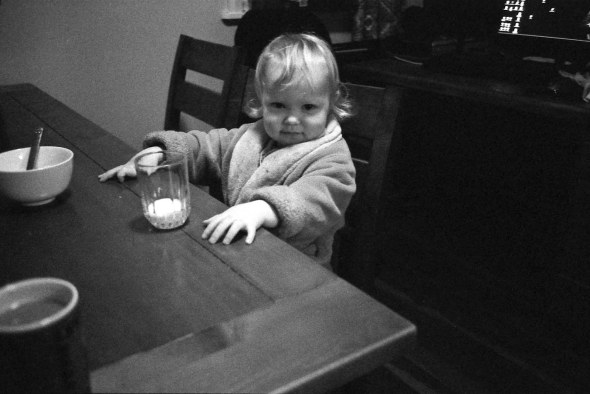 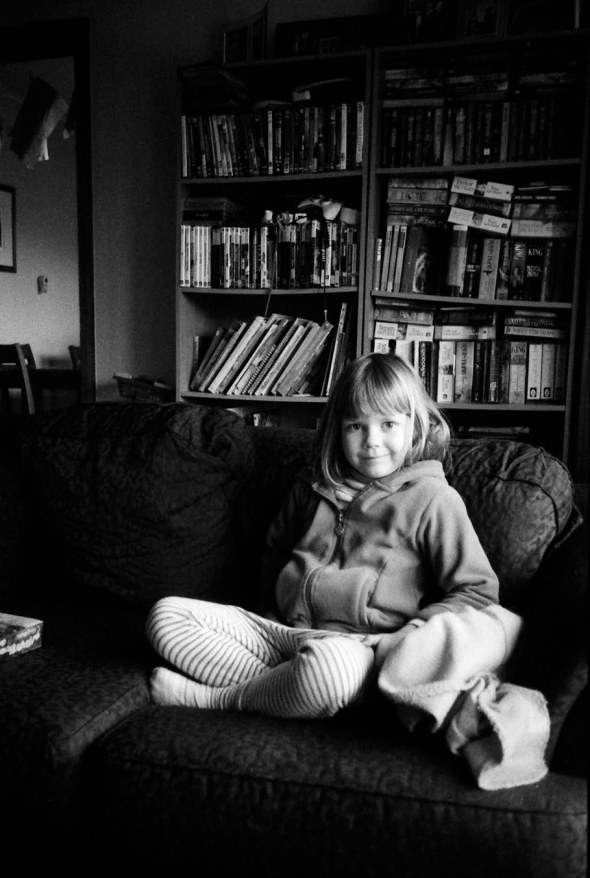 It’s unusual for it to snow enough for it to settle in Wellington but we had a couple of storms pass through and there is still snow on the ground this morning. 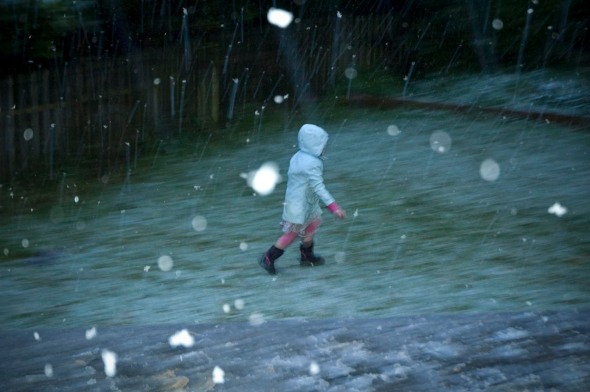 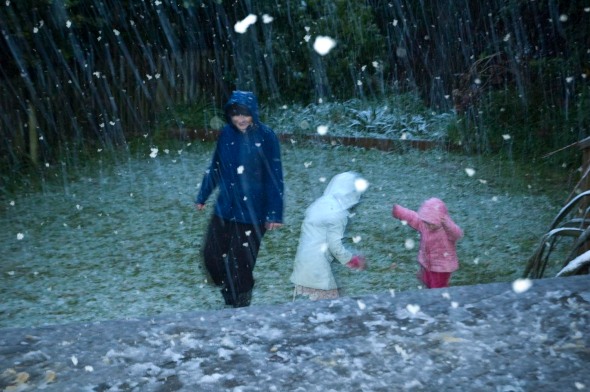 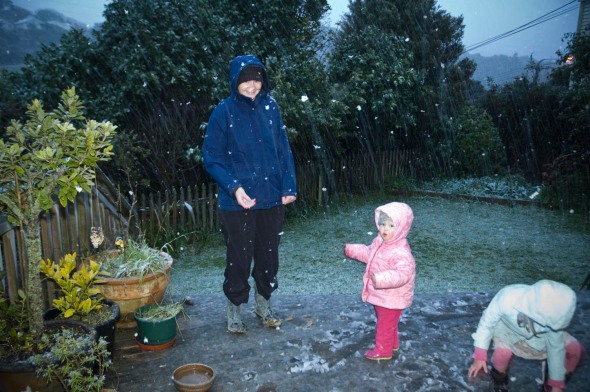 These are some shot taken on the same day as the other storm shots I posted.

There was some seriously funky things happening with the film including mold on a couple of shots so most of these under went a fair bit of Photoshop retouching. 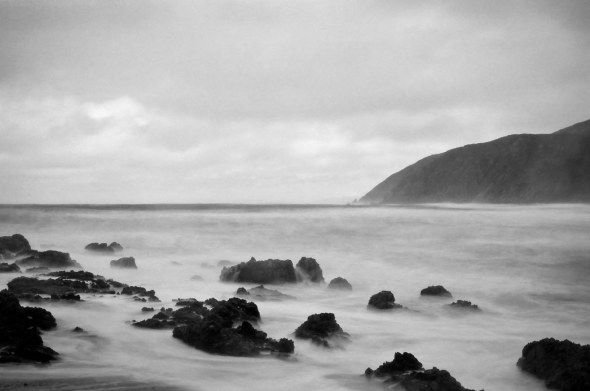 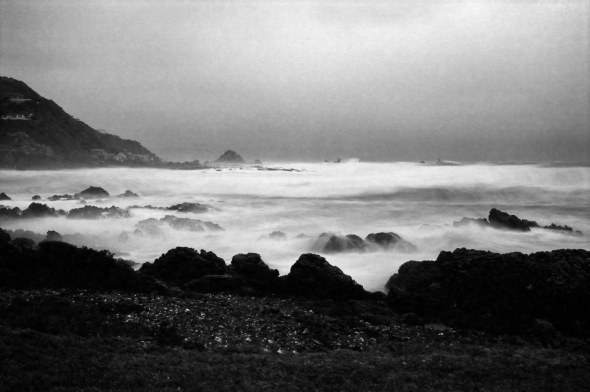 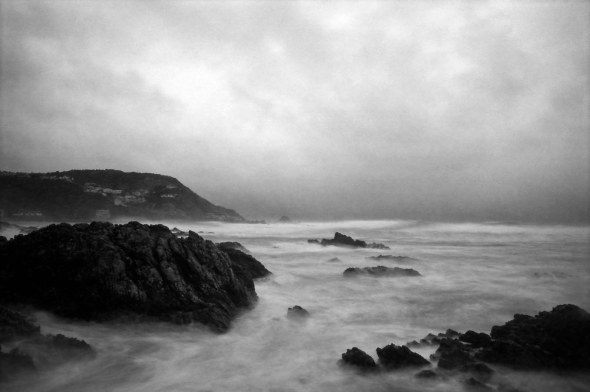 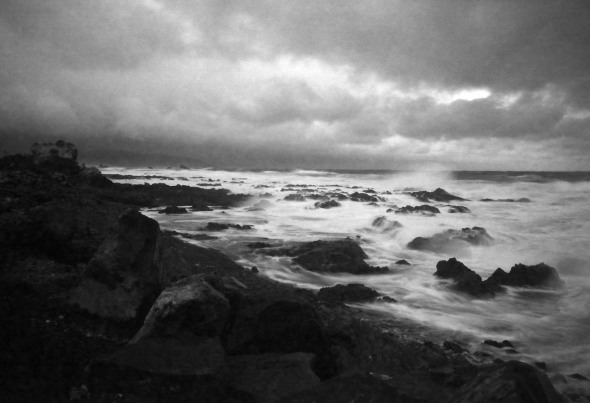 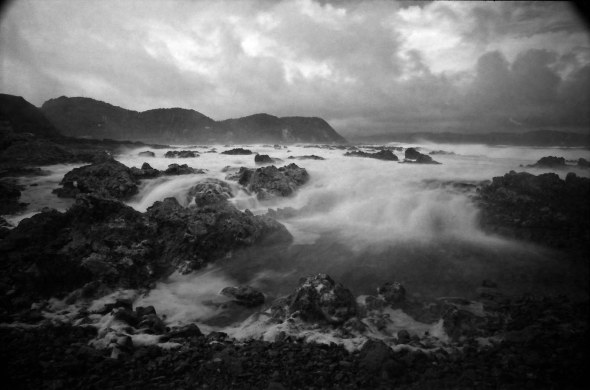 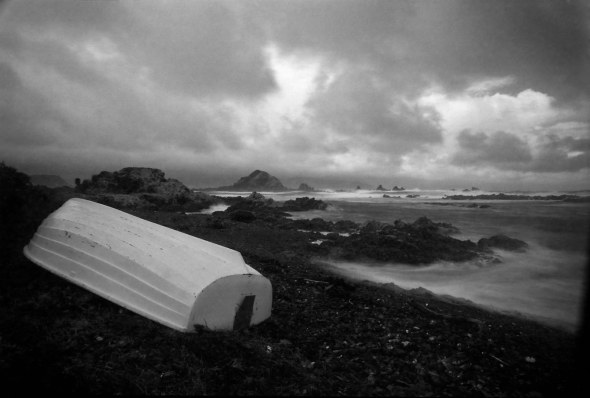 So there is a bit of a winter storm happening over New Zealand at the moment so when the first snow flurries started to hit I decided it would be a good time to head to the south coast and get some images as the storm rolled up from the south island.

Its school holidays which meant that Amanda was home to look after the kids as I put on as many clothes as I could find and headed out.

The great thing about owning an aging digital SLR is that you don’t mind so much if it gets a bit wet so even though the spray off the waves was pretty bad I still got some shots. I also took my F5 which was pre loaded with some expired Ilford Pan F+ 50 ISO film so it will be interesting to see how they come out since I was getting up to about a 10 second exposure, hopefully I will develop that roll in the next day or two. 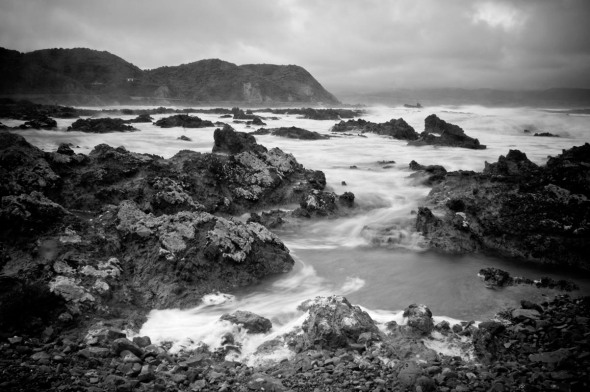 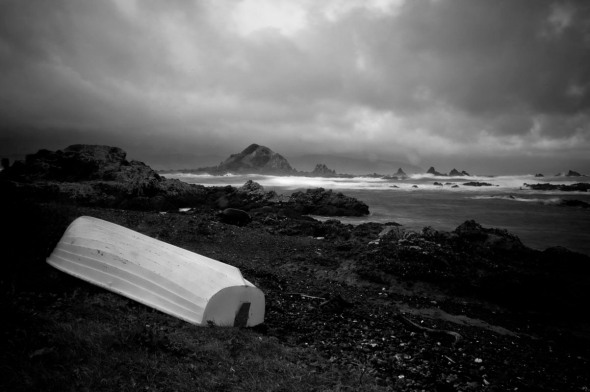 In true Wellington weather fashion last Sunday started out sunny and then about half way through the day there was a torrential downpour followed by being nice and sunny again.

Anyway when the rain hit everyone was pretty unprepared for it so I managed to get a couple of shots of people crossing the road from under a veranda. 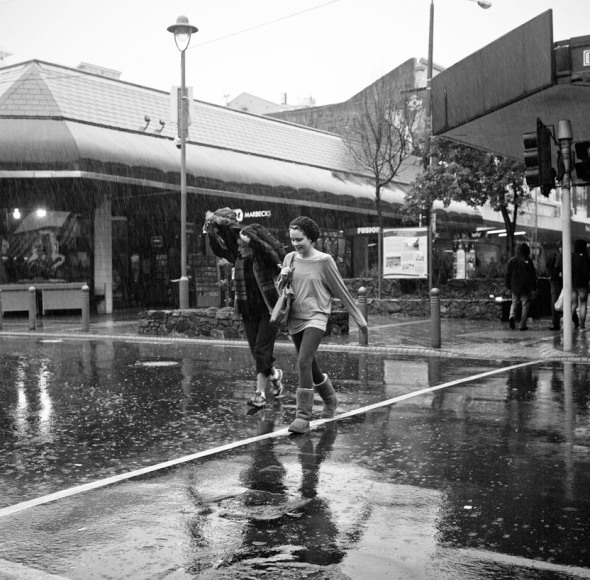 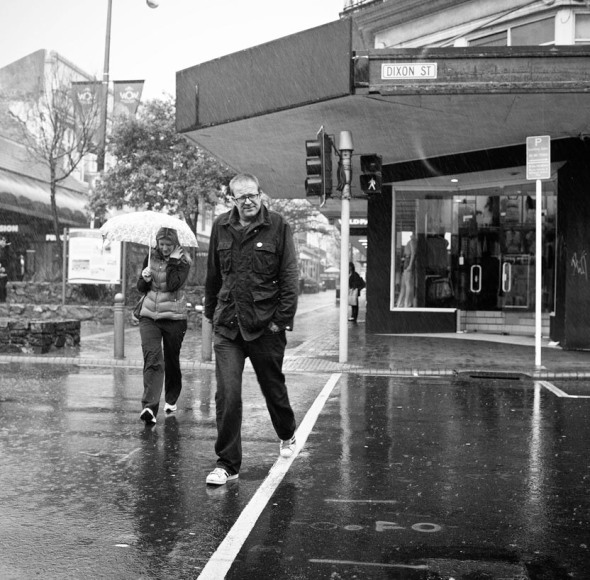 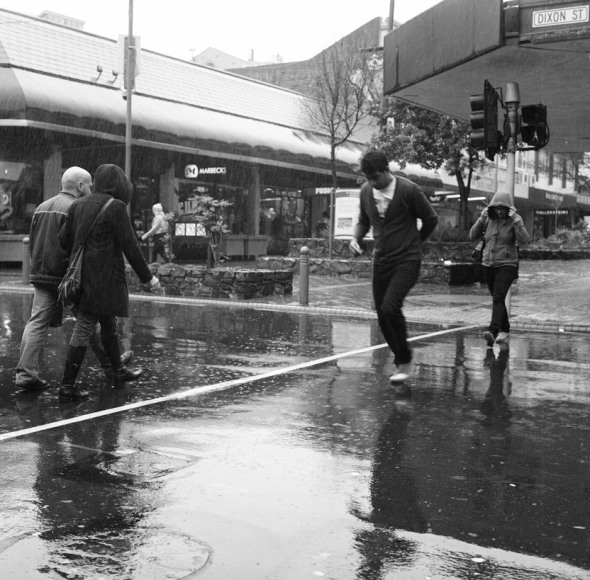 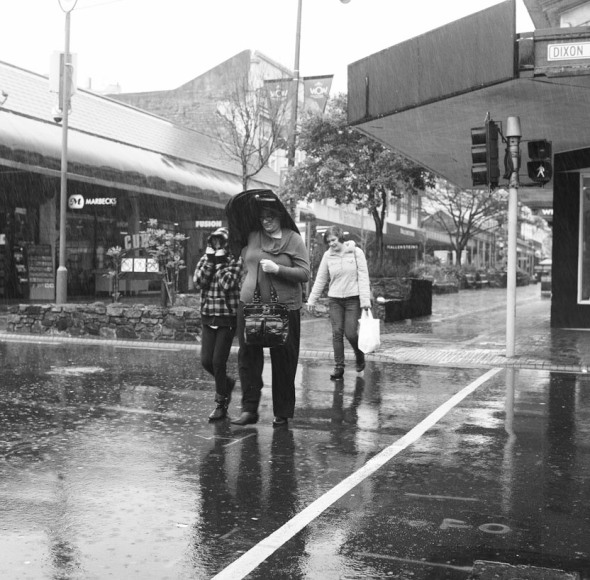 Storm is a Comin

Storm coming in over Makara.

Ended up getting very wet and having to take shelter for about an hour before heading back to my car. 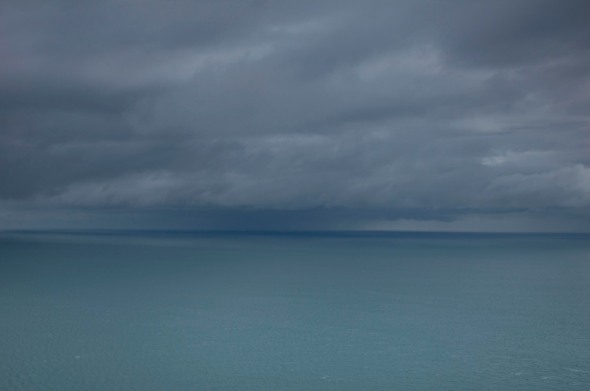 Surfer and the Storm 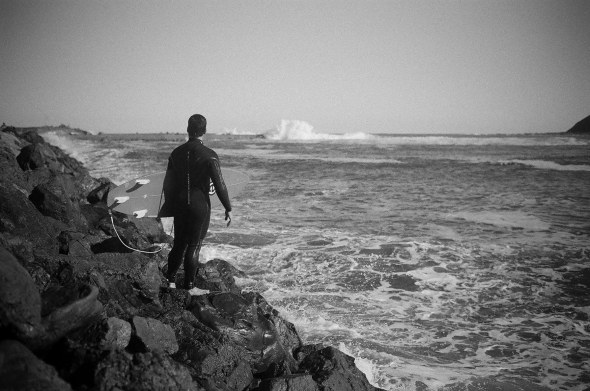 Shot after a big storm overnight… It still seems crazy that these guys wait for the big waves to go past and then jump onto the back of them from the rocks to get into the water… I guess it saves lots of time paddling.