This was a while ago now but with moving house and quite a few technical issues with the time-lapse processing have meant that it was only completed today something like four weeks after it happened. The Performance Arcade is part of the Wellington Fringe Festival and involves art installations in and around a whole bunch on large shipping containers.

I had been contacted by Jo, one of the organisers due to an older post( HERE ) I put up and asked if I wanted to come and take some shots around this years event. I had been interested in trying out some more time-lapse photography over a longer period of time so asked when the containers were due to be dropped off.

It turned out that it was scheduled to happen on a Monday and the window of delivery was 7am until 7pm so this worked out perfectly for a long time-lapse.

The day turned out to be really windy and cloudy and due to safety I spend most of the day standing up road cones that had blown over and then as the wind got stronger in the afternoon standing beside my camera to make sure it wouldn’t blow over as well.

I did manage to get a few shot with Rollei as well though when the wind wasn’t too gusty.

The really sucky thing was that I was moving house from Wednesday and didn’t get to go back as planned and shoot a whole heap more time-lapses of people setting up individual containers or members of the public interacting with the installations . 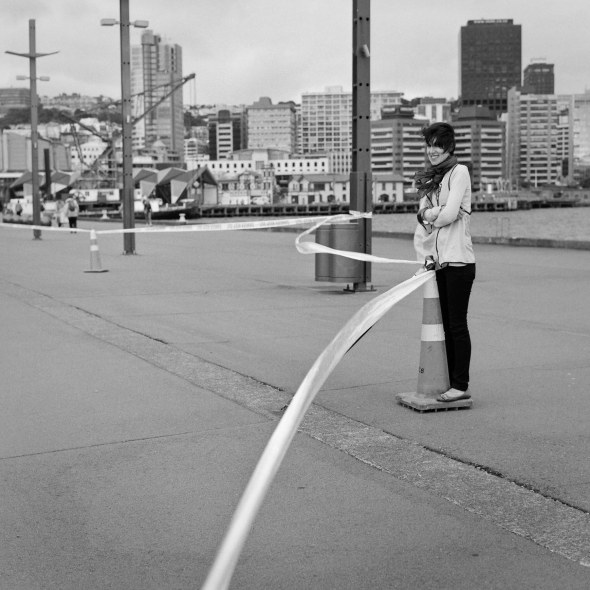 Did I mention it was not only windy but cold too… 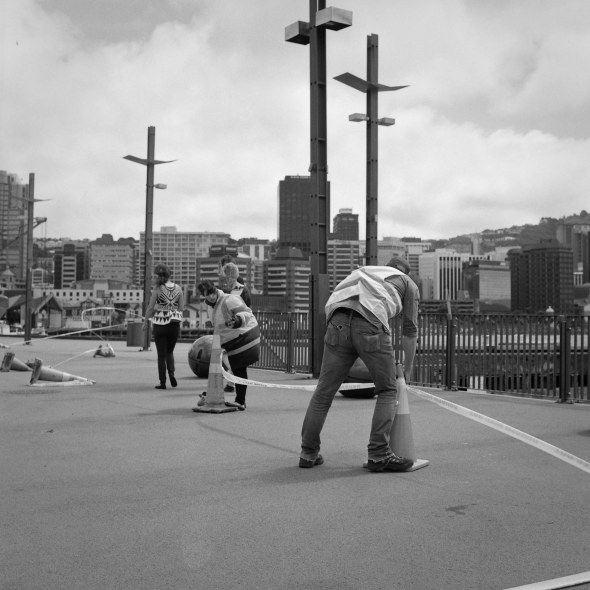 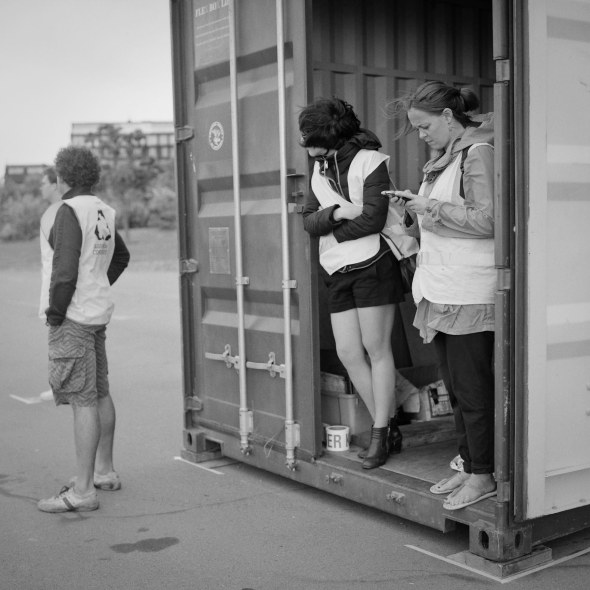 It was warmer and more sheltered inside the containers… 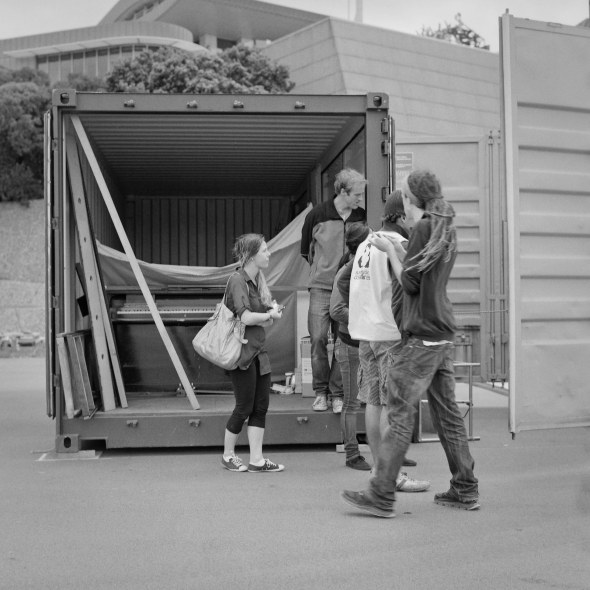 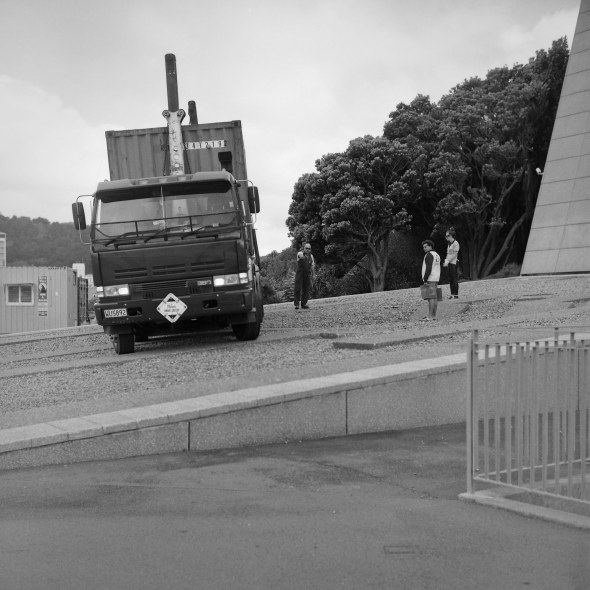 Marty the truck driver could seriously put a container anywhere… 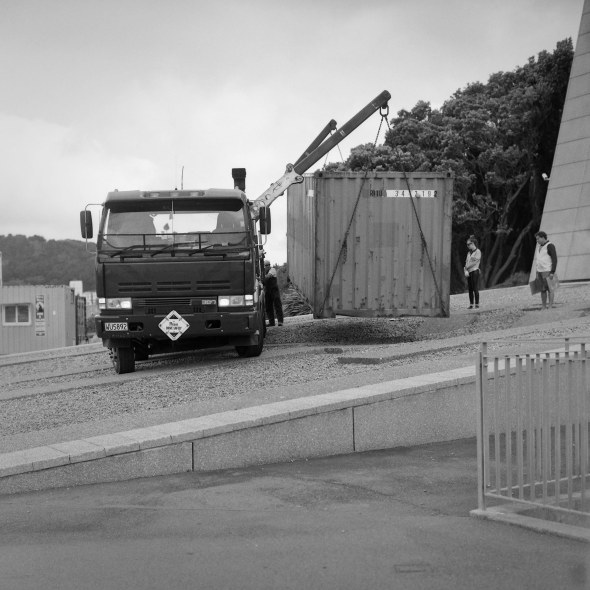 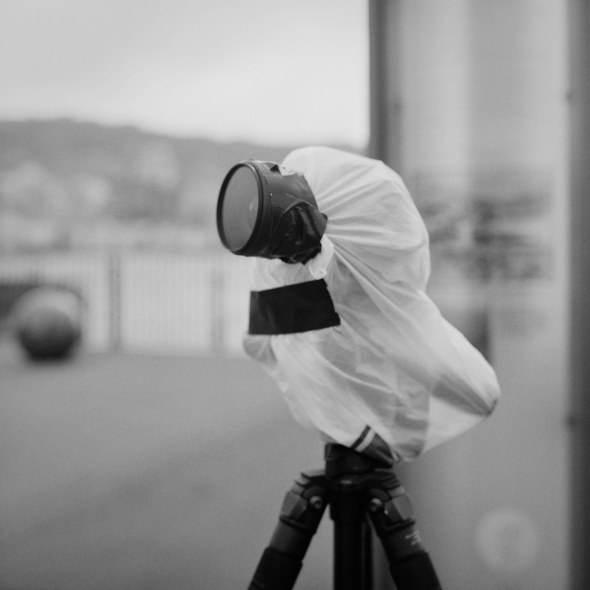 About an hour after I started shooting it started to lightly rain and the only plastic bag I could find was from someone’s lunch. On the first attempt to put it over the camera a gust of wind blew it away which resulted in a chase followed by me falling over just missing it and then three people chasing it round the containers 🙂 fun times. I got away with only minor injuries… 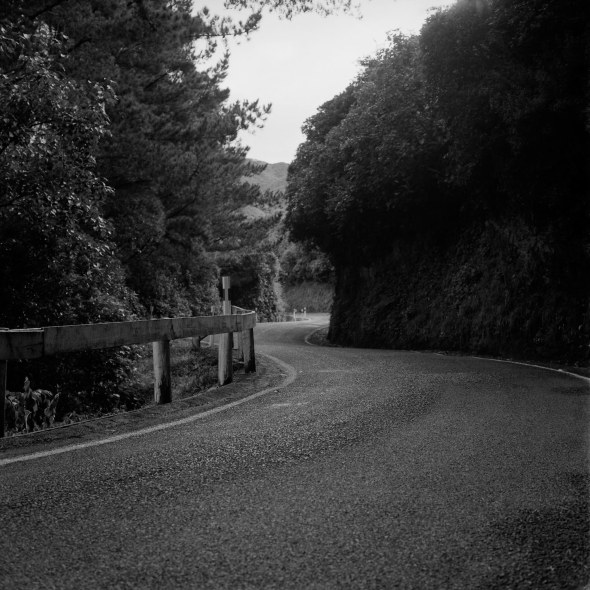 Been a bit windy here in Wellington lately… 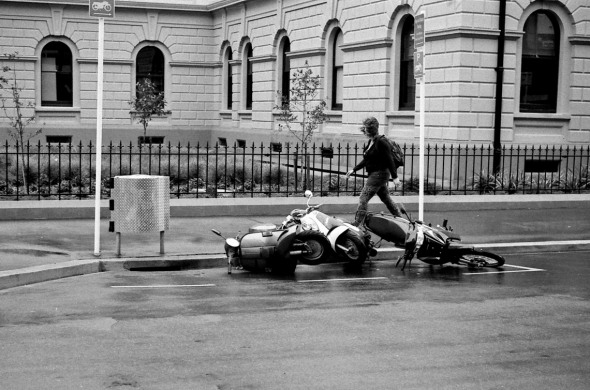 Finally got round to developing and scanning the Black and White film images taken the other week at Titahi Bay.

This was the first roll of Ilford Pan F+ 50 ISO film through the Rollei and I have to say that I like it. This week I am trying Kodak Tri-X 400 which should also be interesting to see how it comes out. 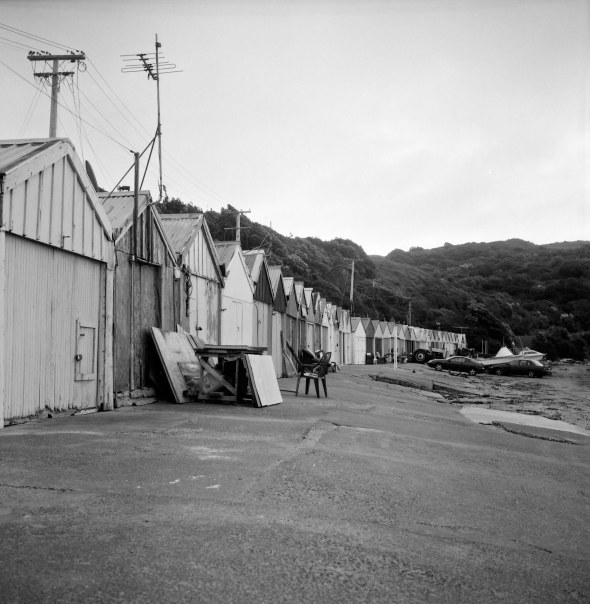 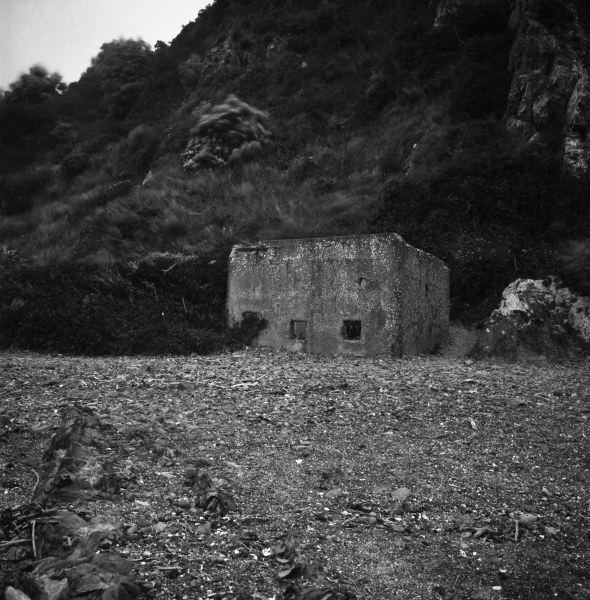 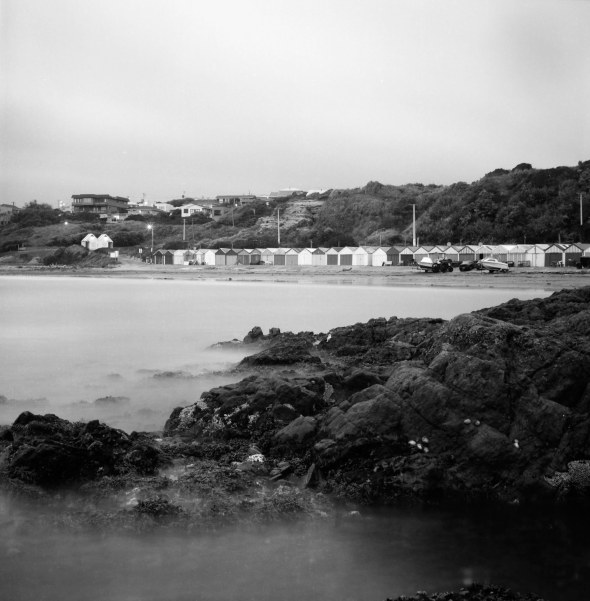