Burnt Out Building Half Frame And A Dresden Dolls Story

This image is a bit of a filler for today (sorry)… Why you ask? Well…

Yesterday when I got home from work and was checking stuff on the net I came across Amanda Palmer who was giving some tickets to her Dresden Dolls away if you tweeted your name and reason you wanted to go. Being slightly cheeky I tweeted that I had a 57 Rolleiflex that wanted to meet her and even though I just missed the cutoff I got a ticket but told I owed her a photo 🙂

Im currently developing those films and they will make up a post either later tonight or early tomorrow.

By the way the show was freaking AMAZING! Thank you Amanda Palmer for the ticket!

Today Samantha turns 2. Here are some shots from this year as we have been out and about.

I sometimes wonder what my kids will think when they are older and all of the photos of them are shot on cameras from the 50s and 60s and are predominantly black and white, I hope they like them 🙂 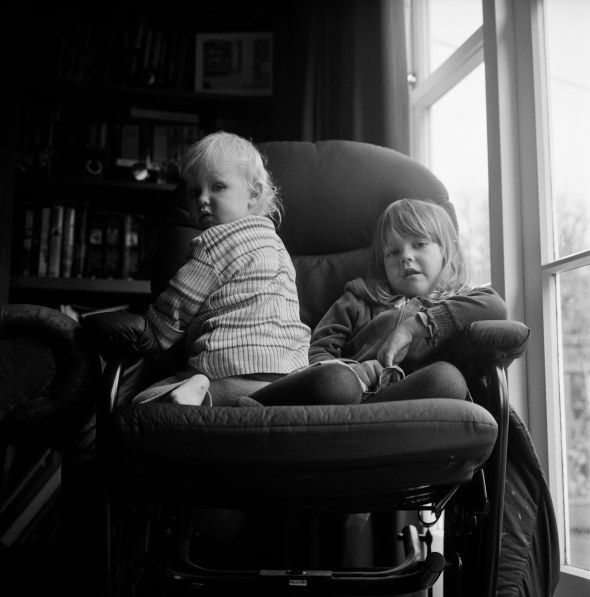 A 4 shot pano from a couple of weeks ago when I went out with some friends to shoot stuff at night.

Still trying to get my head into altering images within the Canon Demi S half frame camera.

Here go a couple of attempts. I have to remember to take more notice of leading/following edges in order to line stuff up. Of course I could do this post production but that would be cheating and spoil all the fun.

All the half frame images I am taking are scanned as one piece so its pretty much how it looks on the negatives. 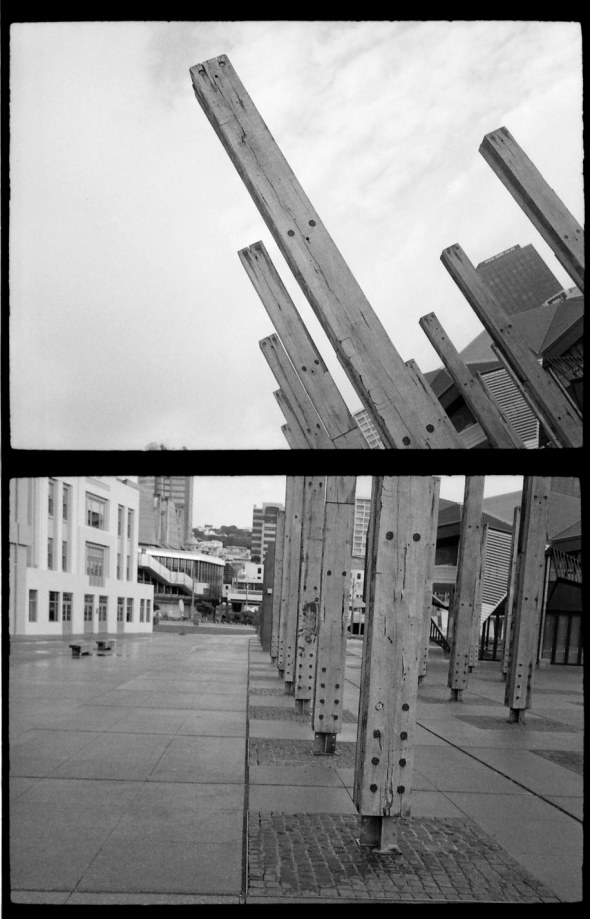 Fatherhood Friday 30: Twas The Night Before Christmas… Half Frame Styles

As you can probably guess the girls are all pretty excited and riled up (all 3 of them, big one included).

One last shopping foray to complete for the girls to get each other a present and then its time to kick back and relax… At least until Boxing day when I’m working again.

A Couple of Half Frame Sequences

Another couple of sequence shots from the loaner Canon Demi Half Frame Camera.

I had a half frame lunch walk around yesterday with a borrowed Canon Demi, Cheers Fergus. Something like 48 shots in under 10 Minutes!

Yes I put my hand over the lens a couple of shots and Yes I had to turn them all in Photoshop cause I took ion the wrong order but apart from that it is a pretty fun camera to shoot with.

Cheers to Nige for inspiring me with his Super Rad images!